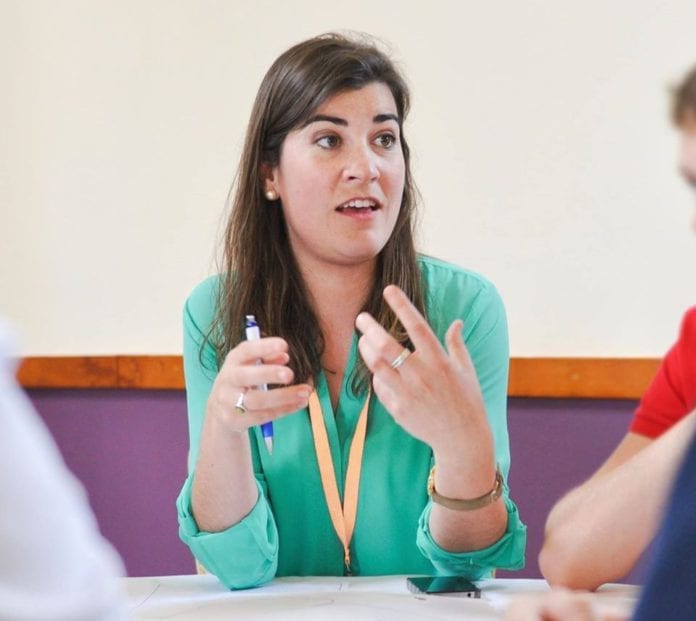 Senator Maura Hopkins has announced that she is withdrawing her candidacy for a seat in Galway-Roscommon in the coming general election.

Speaking about her decision, Maura Hopkins said that she has been considering her position over Christmas, and she thinks it wouldn’t be possible to balance her personal and professional responsibilities as a new mother and a candidate.

“I am very aware of the huge demands and sacrifices involved in running an effective and successful campaign to win a Dail seat.”

“All indications suggest that a general election will take place over the next number of months. It had been my full intention to contest the election.”

“I have been working extremely hard with many people on many issues across the constituency,” Senator Hopkins said.

“I have always tried to do my best and I have invested a huge amount of time and effort in working hard to deliver for the people of this constituency.”

“However, my personal circumstances have changed in recent weeks,” she added.

“As a new mother and as a female public representative based in a rural constituency, I have come to the conclusion that it would not be possible to balance the responsibilities and demands of my personal and professional life.”

“Therefore, I am withdrawing my name as a Fine Gael Candidate for Roscommon-Galway constituency.”

Maura Hopkins started her political career on Roscommon County Council in 2014, and became a member of the Seanad two years later.

The timing of the next general election has been a matter of much speculation, with Fianna Fáil leader Michéal Martin saying that he would prefer an election in April or May.

Taoiseach Leo Varadkar has echoed this sentiment, but could call a much earlier election depending on multiple factors including Brexit and whether another government minister face a no-confidence vote.

Maura Hopkins said that the decision to remove her candidacy for a seat in Galway-Roscommon has been extremely difficult.

She added that she is extremely grateful for the support of all the Fine Gael members who have campaigned for her over the last five and a half years.

“I really appreciate the time, effort and energy given by so many members who have supported me in every way possible.”

“I am also very grateful for the support received from so many people right across this constituency over this period.”