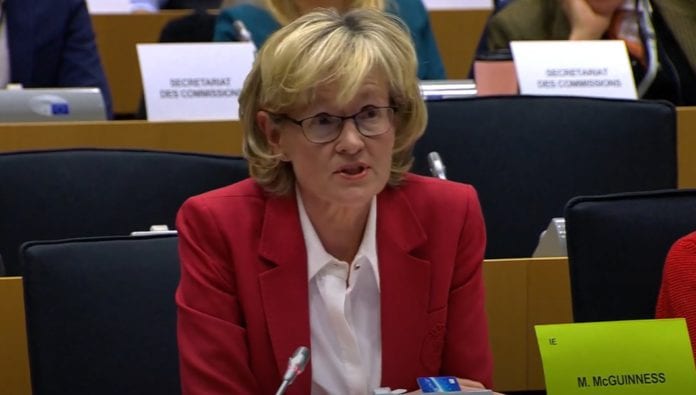 The Fine Gael MEP for the midlands north-west constituency was nominated by the government for the role along witg Andrew McDowell, a vice-president of the European Investment Bank, after the president of the commission asked for two nominees.

Mairead McGuinness will not, however, be receiving the trade portfolio previously held by Hogan, instead being appointed Commissioner for Financial Services and Financial Stability and Capital Markets

President of the Commission Ursula von der Leyen, met with both candidates early this week, via video link, to judge their qualifications before picking one over the other.

Dr von der Leyen said she wished to have a full roster of Commissioners in place quickly to address the “ambitious political agenda” on the table for this autumn.

First exchanges with @MaireadMcGMEP and with @AMcDowell, the Irish candidates for the post of commissioner. My aim is to have a full team of commissioners in place swiftly, to have a College ready for action, to tackle the ambitious political agenda of the autumn. pic.twitter.com/UJvlB3skV7