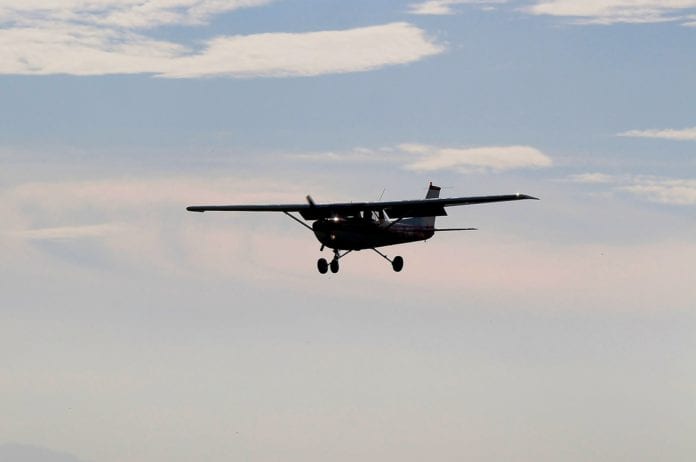 A Cessna light plane crash in a field outside Craughwell in 2018 was likely caused by hitting a tree after an aborted attempt at landing the airplane, an investigation has concluded.

The Cessna light aircraft, carrying a pilot and two passengers, ploughed into a field just outside of Craughwell airfield shortly before midday on August 4, 2018.

Though the plane was totalled, there was fortunately no fire, and the occupants were not seriously injured in the plane crash.

The Air Accident Investigation Unit released its final report on the incident this week, which determined the cause of the crash to be due to hitting a tree after an aborted landing went awry.

The two passengers on the plane were flying from Dublin to Galway for the Galway Races, in a flight which one had successfully one at a private fundraising auction.

The pilot of the plane that day had initially intended to fly to Galway Airport, but changed destination to Craughwell airfield, a private grass strip, after realising that this was closed for this kind of flight.

The pilot told the investigators that they approached the airfield “fast and high”, and that the plane bounced on landing, before touching down again.

Upon landing, the pilot realised that there was a stone wall just beyond the end of the runway, and that the plane was not going to come to a halt fast enough to avoid hitting it.

He quickly took off again, just about clearing the wall, climbing and passing over the field beyond the airfield.

But it then began to sink again, drifting to the left and hitting a tree, before crashing into the ground in the field beyond.

All three occupants were brought to University Hospital Galway by emergency services at the time.

When interviewed by the AAIU, the pilot and rear seat passenger said they sustained no physical injuries, though the passenger said a pre-existing condition had been worsened since the accident.

The passenger in the front seat of the plane said that he sustained a slight crush injury to his hand, some cuts, a sore hip, and also that the seat belt had caused some bruising.

The report found that the pilot’s licence, ratings, and medical certificate were valid, and that the plane was certified airworthy.

The pilot had completed more than the regulation requirements for recent take-offs and landings, but that his recent experience on this aircraft type was limited.

The attempt to quickly gain altitude after clearing the wall increased the aircraft’s induced drag beyond the ability of the plane’e engine power to overcome, causing it to lose speed and stall.

The report into the causes of the plane crash did not make any safety recommendations.