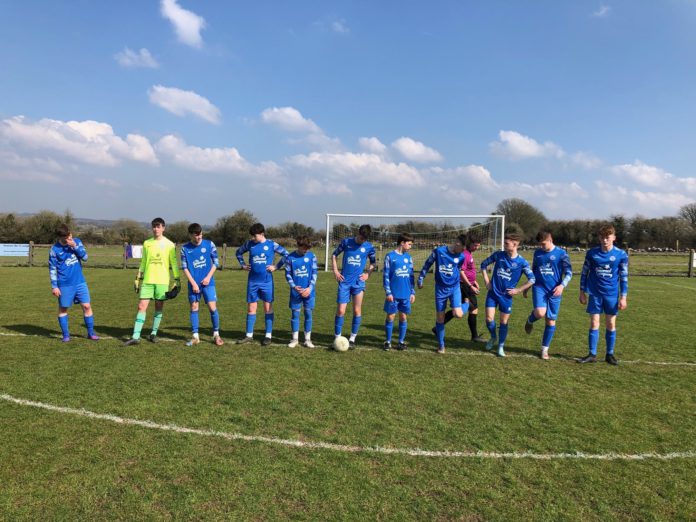 The U18 boys at Moyne Villa qualified for the Championship Cup final this weekend after securing a 5-3 victory over St. Bernard’s.

The two clubs met at Abbeyknockmoy.on a gorgeous Sunday afternoon with  plenty of sunshine and a dry pitch. It would become a game of two halves.

St Bernards came out strong and physical for which Moyne Villa had no answer, and were not responsive enough to deal with the issues at hand.

That left St Bernard’s 3-0 up after the first 30 minutes. But like the old trusty diesel engine Moyne Villa were gathering steam and slowly building pressure.

In the last 15 minutes of the first half Villa  started to take control and after a poor kick from the St Bernards, David Quinn saw an opportunity.

Seeing the keeper off his line, he kicked from almost the halfway line, putting the ball neatly into the net.

Villa continued to dominate in the second half, with replacement Bryan Forde finding the net very quickly, exactly what Villa needed to find their mojo again.

Kieran Donnellan got goal number three not long after, leaving everything to play for.

A penalty not long after seemed like a good chance for Villa to pull ahead, but this was saved.

Nevertheless, with relentless pressure from the team Dean O’Malley got number four after a good assist through the middle from Guzi.

He then went on to also score goal number five after a scramble at the back post.

Villa will now play either Tuam or Colga in the Championship Cup final, to be decided after they have their semi-final on April 7.