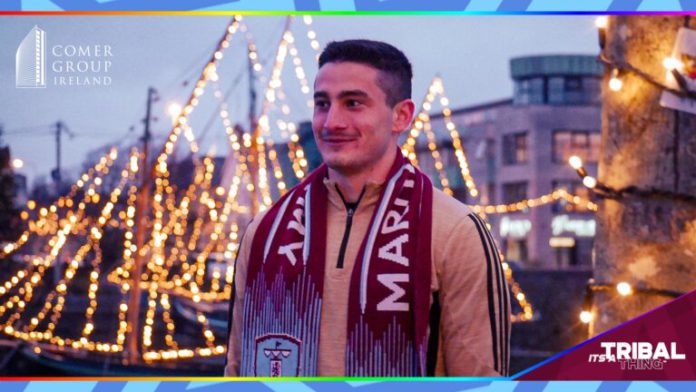 American winger Shane Doherty will be staying with Galway United for the coming season, having announced that he is re-signing for 2022.

The young winger, who holds both Irish and American citizenship, has said that getting the Tribesmen promoted to the Premier Division is the “number on goal” for the coming year, and that he hopes to play a part in that.

Doherty first joined Galway United in 2019, and has since solidified his position as a versatile attacker, of good use anywhere on the front line, and on the flanks.

Speaking to the club’s media team recently he praised the club’s fans, and highlighted what a big difference it can make to have them motivating the team at Eamonn Deacy Park.

“That Bray match last year, experiencing that kind of crowd, hopefully it will help us push on this year.”

Prior to coming to Galway, Shane Doherty had a good career in America, where he was selected on the All South Atlantic Region First Team, the NJAC First Team All-Conference and the NSCAA All America Second Team.