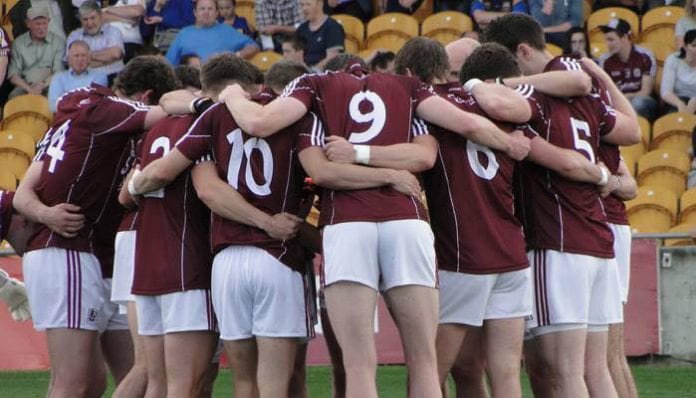 A contest thought originally to be a relegation dogfight has effectively turned into a play-off as second and third meet in the National Football league.

Galway are on maximum points from four games and another win will have them four points clear from rivals for a place in the Croke Park decider next month.

The Tribesmen sit just behind All-Ireland champions Dublin on scoring difference but Monaghan are the closest threat with three wins and seeking to join the top two counties.

Monaghan also had a morale boosting result over Tyrone 0-15 to 0-14 in Castleblayney.  The Red Hands have hurt Malachy O’Rourke’s charges in recent championships and this win will give the Farney men confidence ahead of their Ulster showdown in May.

Interestingly, neither team has conceded a goal.  Monaghan have solid defenders in Conor Boyle, Ryan and Drew Wylie but avoiding concession of cheap scores has often being Galway’s achilles heel.

Ruairi Lavelle is performing in goal and won’t fear Bernard Power’s return after Corofin’s All-Ireland final against Nemo Rangers on St. Patrick’s Day.  And the full back line of Declan Kyne, Sean Andy O’Ceallaigh and Eoghan Kerin have knitted well together.

Equally, the opposing attacks are dangerous and will decide this game.  Monaghan boast a dangerous inside line of Conor McCarthy, Jack McCarron and Conor McManus while rumours circulate that Kieran Hughes could make his first start at full forward.

Shane Walsh, Brannigan and Damien Comer have been Galway’s top forwards in 2018 but Sweeney and McHugh have excelled in recent weeks.

The weather brings uncertainty but providing a postponement is avoided, this could be the game of the week.  And the winners will be red hot favourites to face Dublin in the league final.