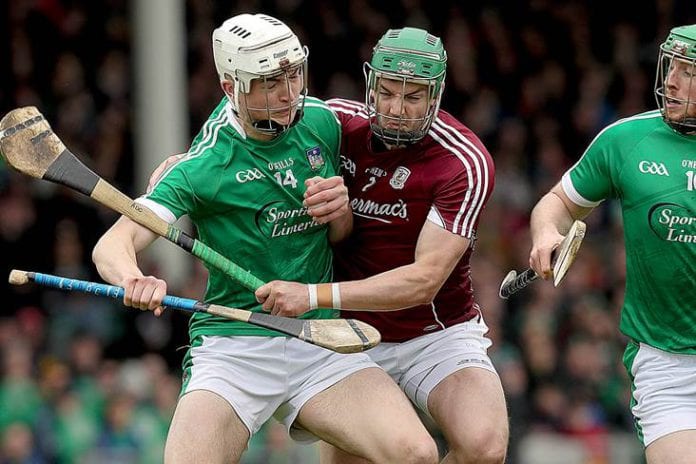 It’s the match both teams have been preparing for (especially since Dublin lost to Offaly in Round One).  And on Sunday, Galway and Limerick will decide who plays Division 1A hurling in 2019.

Both counties are already into the quarter-finals.  They’ve won four games each and have 100% records.  Nothing that happens in 2018 will be affected by this game.  For one match, this is all about next year.

The attractive #GAA double-header featuring both #Galway hurlers and footballers has been re-fixed for Pearse Stadium this Sunday pic.twitter.com/AOK0TTaTCX

After being relegated in 2016, the Tribesmen were expected to jump straight back up to the ‘Top Six.’  But a loss to Wexford in Pearse Stadium derailed that plan as the Slaneysiders headed up.  However, it didn’t spoil their year too much as Micheal Donoghue’s charges finished with three trophies.

In contrast, promotion for Limerick has been like a carrot dangled and pulled away since their relegation in 2010.  They have been eight years in the second tier only losing five games out of 41.  But with only one team going up, the Shannonsiders have too often been bridesmaids.

John Kiely’s team had a 2017 to forget despite a league quarter-final victory against Cork.  They tamely fell 1-21 to 1-11 against the Tribesmen in the next round.  And after two championship outings, their year was over even if they pushed Kilkenny hard in the qualifiers.

They are without nearly one-third of their panel thanks to Na Piarsaigh’s qualification for the All-Ireland club final.  Bu their young charges have impressed in their four wins on top of Munster League success and they’ll fancy doing the job in Salthill against the All-Ireland champions.

Aaron Gillane, Graeme Mulcahy, Diarmuid Byrne and David Reidy were the top scorers in their 3-21 to 0-13 win over Antrim but they are expecting Kyle Hayes’ return for this clash.  And they have the added incentive of a draw promoting them as their scoring difference (+56) outweighs Galway (+27).

Galway haven’t set the world alight yet but following their successes, a slow start was expected and this is the game they would have targeted.  Jason Flynn was the top scorer (1-9) in their 1-20 to 1-14 victory in Dublin two weeks ago.  And others have shown their potential leading into the summer.

Sean Loftus has excelled in midfield with Jack Grealish, Shane Cooney and Brian Concannon also doing well.  And with David Burke, Colm Callanan and Joe Canning still to return, Galway’s preparations for the championship are still on track.

An attendance of 15,000 is expected in Pearse Stadium for what will be the biggest home league attendance in Division 1B.  If anything, this is the money match (similar to soccer’s Championship Play-Off Final in Wembley).  Estimates put a place in Division 1A being worth over €100,000 per annum.

The losing county could still win the league or the All-Ireland but both managers will want top flight hurling to maintain their sharpness for the future.  Limerick are ready to challenge the elite but Galway may have timed their run with this game earmarked to make their first assault of 2018.