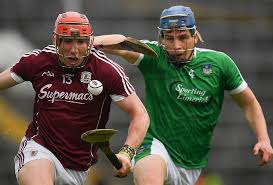 The Galway senior hurling team has been announced for Sunday’s winner-takes-all National League Division 1B clash in Pearse Stadium.

Whoever emerges victorious will be promoted to Division 1A in 2019 but the Shannonsiders will advance should the teams finish level.

Micheal Donoghue has made four changes from the side that beat Dublin 1-20 to 1-14 in the previous round.  Shane Bannon, Greg Lally and Aidan Harte come into the defence with Shane Maloney coming into the attack for his first League action of the season.

John Hanbury (injured), Jack Grealish, Shane Cooney and Brian Concannon are the players that make way in a team that sees eight of the All-Ireland winning team starting.

Meanwhile, Limerick’s team sees six changes from that which easily accounted for Antrim the last day as they seek promotion for the first time in eight years.

Finn was one of four Fitzgibbon Cup winners with UL in the team with Gearoid Hegarty, Tom Morrissey and Barry Murphy named in the attack.  All-Ireland winning under 21 Kyle Hayes also returns and is named on the bench.

Galway face Limerick in their final National Hurling League Division 1B fixture this Sunday.  Throw-in at Pearse Stadium is 2.30pm.