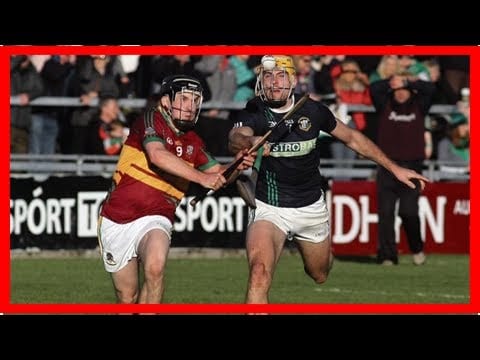 The 2017 Galway Senior and Intermediate Club All-Star Hurling Teams were announced on Galway Bay FM on Thursday, 21st December with 11 clubs represented across the two tiers.

Tommy Devane joined John Mulligan on the radio’s ‘Over The Line’ show to announce the winners.

The fifth annual Awards are sponsored by McCarthy’s in Kilbeacanty and the presentations will take place at a function early in the New Year.

Morrissey recently collected the Club Team of the Year award at the Galway Bay FM Sports Review of the Year.

The other semi-finalists Cappataggle have two players (Declan Cronin and Paul Claffey) while Joe Canning maintains his impressive list of awards by taking the centre forward spot for Portumna.

Nine players are represented for the first time – Walsh, O’Halloran, Morrissey, Cronin, Claffey, Collins, Hastings, Dolan and Morrissey.  However, Cronin did win an intermediate award in 2014.  Haran (2015) and Helebert (2016) win their second awards.

Semi-Finalists Rahoon/Newcastle and Oranmore/Maree share three gongs between them.  Goalkeeper Brian Kelly and defender John Hanbury represent the city side and Niall Burke for Oranmore/Maree at wing forward.

The team is completed by National Young Player of the Year Conor Whelan from Kinvara and corner forward Cillian O’hEochaidh from An Spideal.