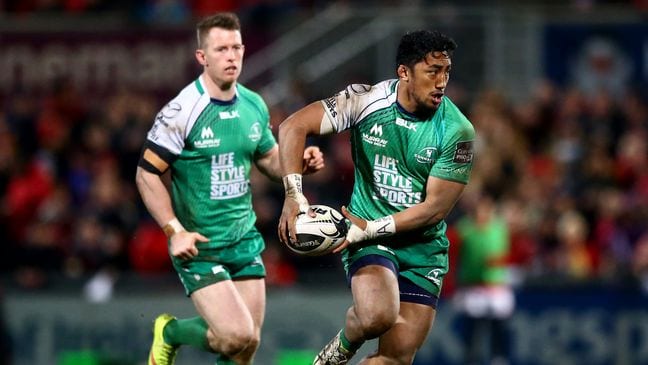 Details of Connacht’s final two Pool 5 games in the European Rugby Challenge Cup have been confirmed.

Connacht are currently top of the pool and avoiding defeat against Worcester will guarantee they finish in that position before April’s quarter-finals.

Tries for Eoghan Masterson and Matt Healy helped the Irish province to 15-8 victory in October and they currently sit seven points ahead of the English side.

But even if they do get the required result, they’ll still seek another win against bottom side Oyonnax in the final game, whom they defeated 43-15 in their opening assignment.

With five pools, only four winners are guaranteed home quarter-finals with the seedings based on overall results.  Connacht currently sit in second spot overall with 19 points behind Edinburgh, but they are six points clear of fifth place Cardiff Blues.

However, should Connacht finish first overall after the six games are played, they’ll be guaranteed a home semi-final also should they progress before the final scheduled in Bilbao on May 11th.

Their recent 55-10 victory over Brive has them in a perfect position with Matt Healy running in four tries against the French.  Interestingly, if positions remain the same when the round-robin is concluded, Connacht would face Worcester again who sit in seventh spot.

Connacht Rugby have confirmed that season ticket holders will have 48-hour priority access to tickets from 4pm today (Thursday, 21st December) before they go on general sale the following Saturday.  All other ticket details can be seen HERE.

The other three provinces also learned their final game details in the Champions Cup as all three currently sit in qualifying spots.

Leinster are top of Pool 3 on 18 points, five points ahead of Montpellier.  They host bottom side Glasgow in the RDS on Sunday, 14th January at 1pm before travelling to the Altrad Stadium for a potential top-of-the-table clash with Montpellier on Saturday, 20th January (2pm).

Munster are also group leaders (Pool 4) and have their key tie on Sunday, 14th January when they face Racing 92 in Paris (3.15pm).   A win will secure their top spot before they chase a home quarter-final when they host Castres in Thomond Park on Sunday, 21st January (1pm).

Ulster are in a tighter spot sitting in second place in Pool 1 and only inside the qualification spots on scoring difference.  They face table toppers La Rochelle in Round 5 on Saturday, 13th January at 1pm in the Kingspan Stadium but will probably need another result when they face Wasps at the Ricoh Arena on Sunday, 21st January (5.15pm).