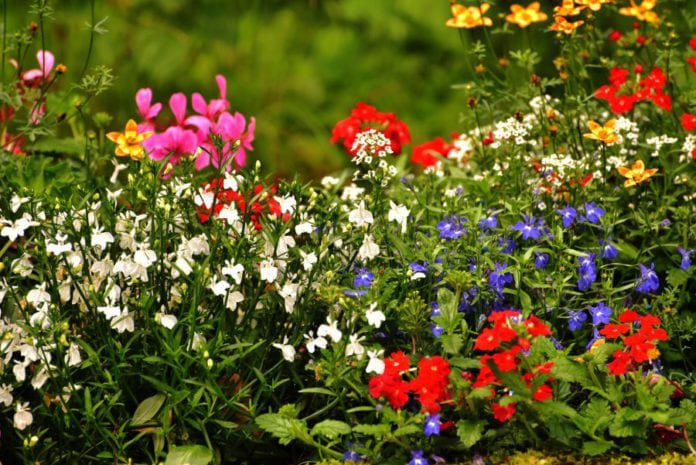 A long running row between older residents of a managed estate in Oranmore over their communal garden resulted in one man being convicted of threatening and abusive behaviour.

Michael Cullinane of No. 3 Ard na Mara was convicted of two counts of threatening, abusive, or insulting behviour under the Public Order Act at Galway District Court this week.

There were two separate incidents reported with other residents of the estate on August 28 and September 2 of last year that all seemed to stem from a long running feud.

The court heard that on August 28 of 2018 Freda Rushe was in her home on the ground floor of Ard na Mara when she saw Cullinane taking two stones from her rockery in the communal garden.

She said that while the garden is open to all residents to plant in, she had started it and the rockery was hers.

When she went outside to confront Cullinane and tell him to put the stones back he called her a “f-ing c-word” and and “f-ing skinny arse so and so,” she said.

Her neighbour Astrid Hasset also gave evidence that she was on the balcony of her second floor apartment overlooking this area at the time.

She said that she saw Cullinane drive into the area before stopping and going to the garden to remove the stones.

Afterwards she said that she saw Freda coming out of her home telling him to put them back while he yelled “abusive language I don’t like repeating” at her.

The 70 year old Mr Cullinane said that he has been a resident of Ard na Mara for 14 years and that there has been bad blood and ongoing arguments between him and several of his neighbours for eight years.

He disputed the accounts of both women, saying the two stones were originally his and that he was simply reclaiming them.

He also alleged that he was the one subject to abusive language, saying that during the incident Freda was yelling “they’re fucking mine” at him and that Astrid was also yelling at him from her balcony.

“I haven’t a clue what she said but it wasn’t nice,” Cullinane told the District Court.

The second incident took place on September 2 between Cullinane and another resident of Ard na Mara: Alan Hernon.

Mr Hernon, who has lived at Ard na Mara for six years, said that on that day he had let his dog out around 1pm in the afternoon.

He alleged that while he was outside Cullinane approached him yelling about “you, that fucking cunt on the corner, and that other cunt”.

Afterwards Mr Hernon said that he went back inside and while he was in his home Cullinane continued to yell abuse at him, telling him to come on out.

At one point after their first encounter Hernon said that Cullinane gestured with a pointed gardening trowel in his hand and said “I’ll stick you with this”.

CCTV was played in court from a single camera which showed Mr Hernon coming out of his apartment with his dog.

He and the defendant passed each other more than once outside and appeared to exchange words but the footage had no audio.

Gardaí took a statement from Cullinane at the time of the complaint. He said that Alan Hernon had been staring at him and had been antagonising him for a long time prior to this.

When he said “come out to the field and we’ll sort it out”, he meant that they would have a row he told the court.

Cullinane also admitted to saying that he would “stick” Mr Hernon with the trowel, but claimed that it had been meant jokingly and that he wasn’t threatening him.

Judge Mary Fahy said that while Cullinane had been engaged in “outrageous behaviour”, it should have been dealt with before needing to come to court.

“I don’t see how this couldn’t have been handled in another way,” Juge Fahy said.

That aside, the judge said that she wasn’t impressed with Mr Cullinane’s attitude during this hearing, noting that he was frequently smirking while sitting behind his solicitor.

Judge Fahy convicted him on both counts of threatening, abusive, or insulting behaviour, imposing a one month sentence for each and suspending both sentences.