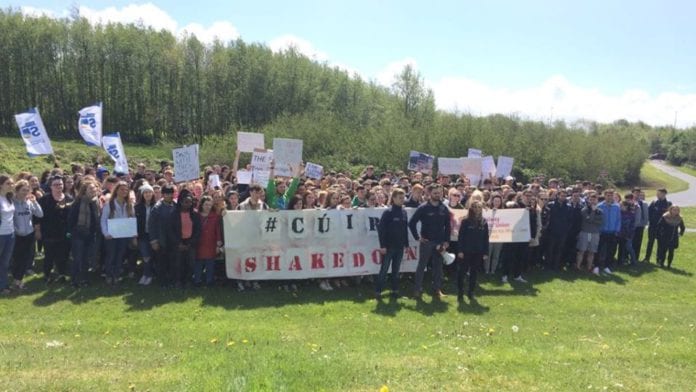 This 18% rise had been communicated to students through an email at 3.20pm on the Friday of a bank holiday weekend during their exam period.

Students at the time were under immense pressure prior to the notification of the rent increase as they were studying for the exams.

“Following advice and counsel from public representatives, internal university colleagues and our own counsel we have filed a case through the residential tenancies board against Cúirt na Coiribe Galway.

“The NUI Galway Students’ Union will represent a 2017/18 tenant at Cúirt na Coiribe who was a victim of the 18% rent increases.

“We hope that this will also send a strong message to other management companies of purpose built student accommodation across the country that students and their families will not stand by and allow for their education to be put at risk due to the ever increasing cost of accommodation imposed by these companies.”

The NUIG Students Union have worked tirelessly for their students in relation to this issue over the last few months. They have spent long nights and early mornings working on this accommodation issue, as they hoped Cúirt na Coiribe would re-evaluate the situation.

The Students Union now hope that by taking this action it will encourage other student accommodation complexes to re-evaluate their rates.

Cúirt na Coiribe released notification on their Facebook account on the 17th May that they were oversubscribed for the upcoming year.

For updates on how the case is progressing you can keep an eye on the NUIG Student’s Union Social Media Channels. #CúirtShakedown