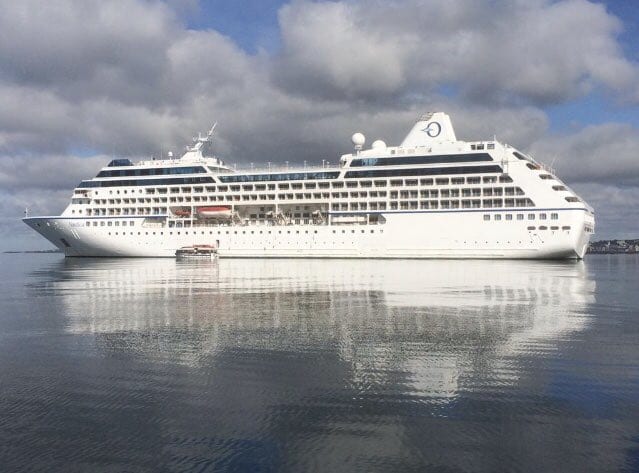 The MS Nautica – a cruise ship built in 2000 by Renaissance Cruises and now owned by Oceania Cruises – has called into Galway Port for the day.

According to Wikipedia, the Nautica was attacked by two Somali pirate skiffs in the Gulf of Aden on November 30, 2008 while sailing from Egypt to Oman.

The article continues: “Captain Jurica Brajcic ordered the ship to take evasive manoeuvres and to sail away at flank speed. The Nautica was able to outrun her attackers, although the ship was fired at eight times.

“None of the 684 passengers or 401 crew on board were injured in the attack. Following the attack the Nautica proceeded normally to her next scheduled port of call.”

A spokesperson for the Port of Galway said that the Nautica will remain in Galway just for the day before continuing on to Derry.

There are 600 passengers and 386 crew aboard the Regatta Class vessel, which has a length of 181m and a width of 25m.

Its total capacity is 1508 passengers.