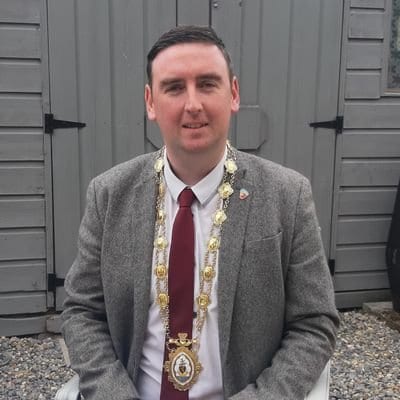 Mayor of Galway City Mike Cubbard has said that he fears the West will be “left behind” after it was announced that the new Cabinet has no Senior Ministers from Connacht.

Three Cabinet Ministers are from Cork South Central, which is Taoiseach Micheál Martin’s constituency, while there are six Ministers from constituencies around Dublin and two in Wicklow.

But there are no Senior Ministers from Donegal down to Limerick, and the Mayor of Galway City said he is “deeply concerned by the ignorance that was shown towards the West”.

“Only last week Galway City Council discussed over €750 million worth of urban regeneration and development projects that we have requested financial backing from Government for,” said Cllr Mike Cubbard. “Equally, under the Land Development Agency we have aspirations for sites such as Sandy Road and the Dyke Road.”

Without a senior Government Minister in Connacht let alone in Galway, he says he fears “we will again be left behind.”

“Connacht has a population of over 550,000 people and was ignored by Michéal Martin yet his own constituency of Cork South Central with a population of about 125,000 now has 3 at the top table.

“Fairness and balance are the very least I would have expected but what we got was an absolute imbalance in terms of location.

“I accept that Deputy Hildegarde Naughton was appointed a Super Junior Minister and will attend cabinet meetings therefore I will be contacting her to request that assurances are put in place to allow Galway a fair opportunity to develop as required,” added the Mayor.