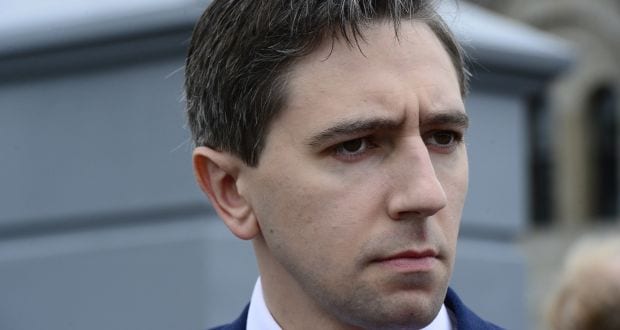 Independent Galway TD Michael Fitzmaurice has said that the “end is near” for Health Minister Simon Harris amid critical hospital overcrowding.

The warning that Simon Harris is coming to the end of his time as Health Minister comes as the country has dealt with record breaking trolley figures at public hospitals.

On both Monday and Tuesday there were 760 patients on trolleys in our public hospitals, with 51 patients without a bed at UHG alone on Tuesday.

“Frontline staff cannot be blamed for this mess, as they are endeavouring to cope with the influx in patients during the busy flu season,” Michael Fitzmaurice said.

“Minister Harris and his department needs to be held accountable for the chaos that is unfolding in hospitals around the country.”

The Roscommon-Galway TD said that Minister Harris needs to “open his eyes to the reality of what is facing nurses and doctors” who are dealing with patients’ frustration over long wait times.

“Most nurses and doctors, especially those in the emergency departments, go home both physically and mentally drained after working a 12-hour shift – or possibly even longer due to being short staffed.”

When questioned about this response to this crisis, Fitzmaurice says that Minister Harris deflects questions and jumps topics in an effort to “bamboozle” questioners.

“However, the minister will soon have to face up to the deficiencies in the sector and pay the price,” Fitzmaurice concluded.

Three Independent TDs, Mattie McGrath, Michael Collins, and Michael Healy Rae, have announced that they intend to table a motion of no confidence in Simon Harris due to the level of overcrowding seen this week.

It comes as Micheál Martin and Taoiseach Leo Varadkar are meeting today to discuss the upcoming general election.

The two had suggested in the past that a May or April date would suit them, but disagreements over Fianna Fáil’s voting under the Supply and Confidence agreement in the interim could see a much earlier date.

Some have suggested that a February election is more likely, and an announcement is due by the end of the day.

The Taoiseach has said that Fianna Fáil will have to vote with the government on any confidence votes if it wishes to guarantee an April election.

But Micheál Martin has thus far refused this, saying that the party would continue to abstain, as outlined in the supply and confidence agreement.

The government barely survived a no confidence motion in Housing Minister Eoghan Murphy with the support of three Independent TDs, including Galway’s Noel Grealish, with no indication if they will support the government in future votes.

A motion of no confidence in Simon Harris, if brought to a vote and passed, would almost certainly result in a general election taking place.