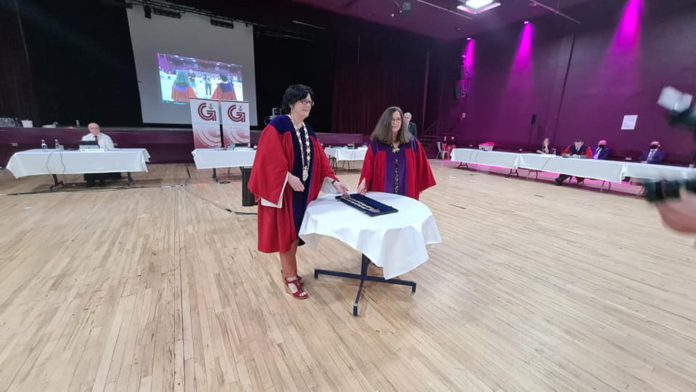 Councillor Colette Connolly has been elected as the new Mayor of Galway City this evening.

Cllr Connolly was elected at the annual general meeting of Galway City Council which took place this evening in Leisureland.

She is succeeding councillor Mike Cubbard, whom she was the deputy Mayor to before this.

The Independent councillor will serve as the Mayor of Galway City for the next year.

Cllr. Martina O’Connor has also been elected as the new Deputy Mayor.