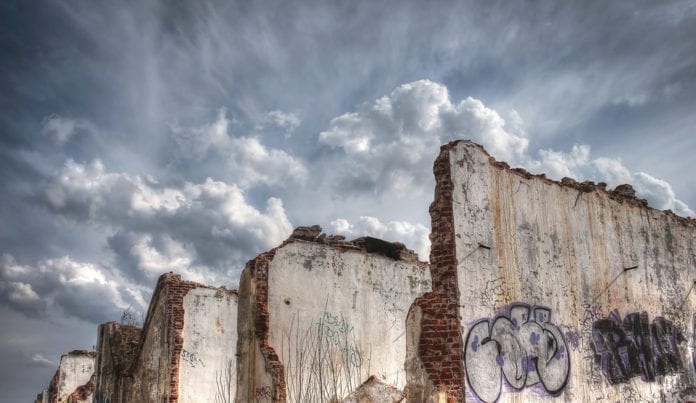 A scientist from NUI Galway recently took part in a research at the Chernobyl Exclusion Zone in Northern Ukraine, to investigate what effect the 30 years of exposure to radiation has had on the soil’s microorganisms.

DNA from these soils will be sequenced using cutting-edge techniques to reveal in minute detail its population of bacteria and will provide results in early 2018.

The outcomes will help us understand why radiation is still present in the soil, and offer new clues as to how to speed up the recovery of the ecosystem.

The Chernobyl Nuclear Power Plant explosion in 1986, the most well-known nuclear accident in the world, deposited excess radioactive material throughout Europe.

To this day, parts of Scandinavia and the British Islands have higher levels of radiation in their soil due to contamination from Chernobyl.

Near the exploded reactor, in the border between the Ukraine and Belarus, soil radiation continues to reach high levels, and a large area has been set aside as a conservation area to isolate communities from the radioactive contamination called the Chernobyl Exclusion Zone.

Despite a substantial decrease in background radiation levels since the accident, the Chernobyl Exclusion Zone region remains highly contaminated with radioactive material, particularly its soils and aquatic sediments. Intriguingly, the persistence of specific radioactive compounds in this Zone’s soil greatly exceeds initial projections.

The most contaminated area within the Chernobyl Exclusion Zone is the Red Forest, whose name is derived from the red colour of the dying trees following the disaster.

In September 2016 a forest fire burned through the Red Forest, leaving patches of burned and unburned vegetation. The combination of forest fire and radiation made the Red Forest an open-air laboratory for the study of the effect of multiple environmental stresses on ecosystems.

Microbiologist, Dr Alexandre B de Menezes from the School of Natural Sciences at NUI Galway met with colleagues from the University of Salford, the UK’s Centre for Ecology and Hydrology, and the Ukraine’s Chernobyl Centre at the Red Forest where they sampled the radioactive soils.

Speaking about the research, Dr de Menezes from NUI Galway, said: “The Red Forest soil is a reservoir of radioactive particles, but we know next to nothing about how soil microorganisms cope with 30 plus years of radiation exposure.

“This research will not only teach us about the effects of the Chernobyl disaster on these microorganisms, but also reveal basic knowledge about how microorganisms, which are often ignored when we think of ecological disasters, help to sustain an entire ecosystem under great environmental stress.”

The soil DNA was extracted at the Chernobyl Exclusion Zone and will now be used for DNA sequencing. Dr de Menezes will use bacterial DNA sequences from the Red Forest soil to provide insights into whether some bacteria are associated with higher soil radiation, determine if the soil bacterial communities in high radiation areas were more sensitive to the forest fire disturbance and identify new biological mechanisms that could aid in controlling soil radiation.

The recent nuclear accident in Fukushima, Japan, and rising geopolitical tension have re-surfaced concerns regarding the impact of radioactive contamination on communities and ecosystems. This increased threat highlights the need to understand the long-term impacts of catastrophic nuclear accidents and their ecosystems to enable effective containment and remediation measures to be developed.