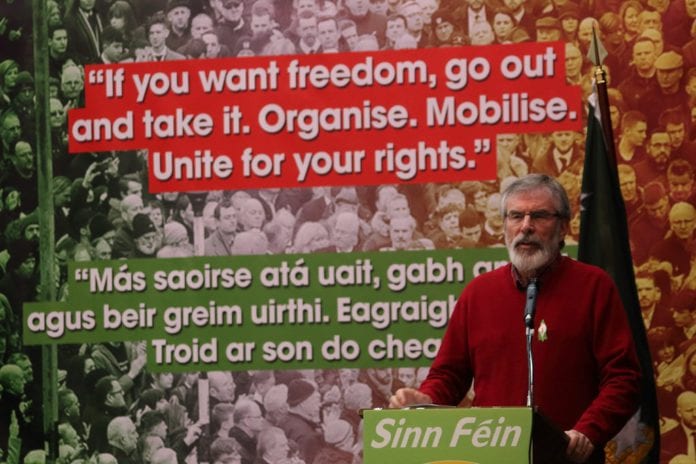 Sinn Féin has said that Senator Trevor Ó Clochartaigh left the party because he feared he would not be chosen as the party’s sole candidate in the next general election in Galway West.

The Galway senator failed to be elected in the constituency in the two most recent general elections.

Responding to his resignation from the party yesterday afternoon, a Sinn Féin spokesperson said:

“The Sinn Féin selection convention in Galway West/South Mayo is due to be held this weekend.

“Trevor Ó Clochartaigh had been making the case for a two candidate strategy up until yesterday.

“Given the party didn’t make the quota or elect a TD in the last election we were going with a one candidate strategy on this occasion.

“It is clear that Trevor was worried that a democratic vote of party members in the constituency would not select him to contest the election.

“It is clear that Trevor was looking for a clear run at convention and the party wasn’t prepared to bypass our democratic structures to allow for that.

“Given he was arguing just yesterday for a two candidate strategy which he would have been happy to be part of, we are extremely surprised at his decision to leave the party today.”

Trevor Ó Clochartaigh maintains that he left the party over ‘unacceptable behaviour’ among party officials in Galway.

Galway City Councillor Mairead Farrell will be chosen by Sinn Féin to contest the general election in Galway West.

Trevor Ó Clochartaigh is expected to run as an Independent.