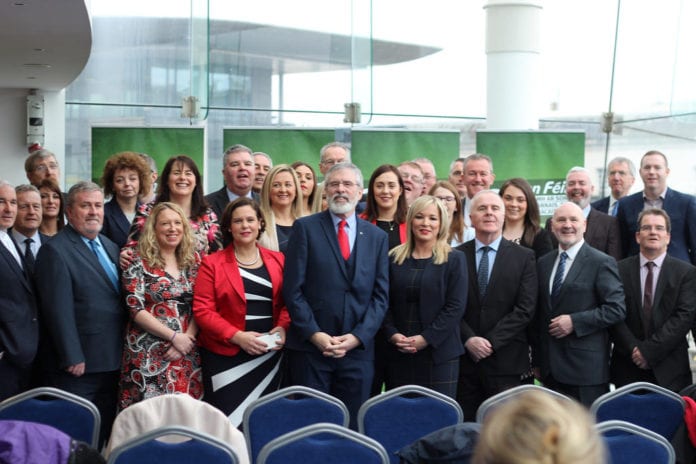 It’s been another mixed day for Sinn Féin in Galway.

On the one hand, party members in Galway West are celebrating city councillor Mairéad Farrell being unanimously endorsed to run as a candidate in the next general election.

Delighted & proud to be at the Galway West South Mayo SF convention which has unanimously endorsed @Farrell_Mairead as their candidate. #SF pic.twitter.com/xKyEudlgWq

But as has been the case over the last week in the county, there has also been some negative publicity. Again, it has come in the form of a resignation.

It was relvealed today by the Irish Times that another councillor has left Sinn Féin, just days after Senator Trevor Ó Clochartaigh’s resignation.

This time it was Gabriel Cronnelly who resigned over ‘unacceptable behaviour’.

Ó Clochartaigh’s departure on Thursday came as a surprise to many – the Sinn Féin leadership expressed their shock, saying that the Galway West-South Mayo senator was pursuing his own personal ambitions of being elected as TD for the consituency.

It was widely accepted that Mairéad Farrell would win a democratic vote if the party decided to proceed with just one candidate in the next general election, whenever that may be.

Because they failed in both 2011 and 2016 to reach the quota, they decided to go with just one candidate.

The party held conventions today to  ensure that they are ‘election-ready’, but two resignations in the same county won’t be what the party was looking for.

And all of this has a familiar feel to it. Just three months ago, 23-year-old Councillor Lisa Marie Sheehy from Limerick resigned from the party, saying that its environment was “hostile and toxic”.

Gerry Adams denied this, saying that the accusation was unfair to members of the party.

Likewise, on Friday a party representative said that Trevor Ó Clochartaigh’s resignation was more to do with his own individual aspirations.

The representative said: “Given the party didn’t make the quota or elect a TD in the last election we were going with a one candidate strategy on this occasion.

“It is clear that Trevor was worried that a democratic vote of party members in the constituency would not select him to contest the election.

“It is clear that Trevor was looking for a clear run at convention and the party wasn’t prepared to bypass our democratic structures to allow for that.

“Given he was arguing just yesterday for a two candidate strategy which he would have been happy to be part of, we are extremely surprised at his decision to leave the party today.”

In politics, there are months where nothing happens and there are weeks where years happen.

The last week for Sinn Féin in Galway has been eventful, to say the least.