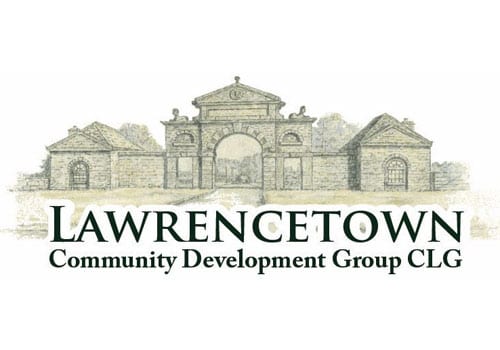 Lawrencetown has been allocated €50,000 in funding for infrastructure works to improve community safety in the east Galway village.

Galway East TD Seán Canney has confirmed that funding has been secured for Lawrencetown Community Development group to provide a footpath, carpark, and secure drop of points.

The money is being provided under the CLÁR programme, which backs small scale infrastructure projects in rural areas that have suffered from population decline.

These works are meant to improve on an area’s infrastructure to make it a more attractive place for people to live and work.

“I welcome this allocation of funding for Lawrencetown Community. The CLÁR funding is a vital source of money to assist communities develop their communities to their full potential,” said Deputy Canney.

The funding is being provided under Measures 1 (Support for Schools/Community Safety Measures) and 2 (Play Areas) of the CLÁR programme.

Minister for Rural and Community Development Michael Ring announced the projects which had received approval.

“By supporting improved safety around schools and other community facilities, and providing play areas in disadvantaged rural areas, CLÁR funding is helping to make these areas more attractive places for families to live and to settle in.”

This is the second round of approved projects under those parts of the programme. Earlier this year, nine communities in east Galway benefited from €300,000 for school safety measures,

Prior to this, 240 projects around Ireland had been supported to the tune of €7.5 million in government funding under the 2018 CLÁR programme.

With this announcement, the total investment in rural areas comes to €9.1 million across 290 projects.

This second round of funding is for projects that submitted their application within the deadline, but which weren’t considered to have advanced enough to secure approval at the time.

“Communities themselves have fundraised and worked with their Local Authorities to put forward projects for funding and this is why I decided to revisit the applications that my Department received earlier this year,” Minister Ring said.

“I’m pleased to announce that an extra 51 projects can be approved for funding, having demonstrated that they have met all of the requirements of the programme.”

The final two parts of the CLÁR programme are projects that support first responders, also announced in July.

And a final round of funding will be made available for volunteer organisations that provide medical transport for people with mobility issues, and taking people to and from cancer treatment centres.

Applications have closed for that strand, with projects that gained approval to be announced in the coming weeks.