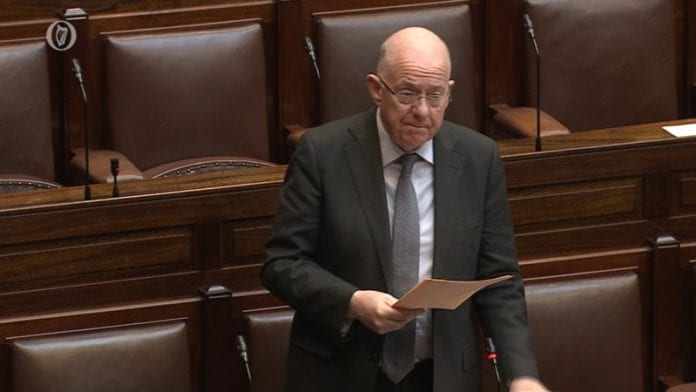 Justice Minister Charlie Flanagan has said that he supports an urgent forum of the Gardaí, Rape Crisis Centres, and Colleges after reports of up to 50 students being sexually assaulted in Galway.

The Minister was responding to a question in the Dáil from Fianna Fáil leader Micheál Martin.

The Opposition leader said that, “The most alarming fact is the three women did not feel they could go to the Garda because of the circumstances of the sexual assault and the rape.”

“They went to the rape crisis centre. They felt it was their own fault as alcohol was involved. Two of the three women have already dropped out of college.”

When news of the high number of students becoming victims of sexual assault came out this week, Executive Director of Galway Rape Crisis Centre Cathy Connolly said that September and October are busy months for them when the college year begins.

She warned that the reports from Cork likely don’t show the true number of people being sexually assaulted and raped, as many victims will go months or more before the feel able to report it.

Deputy Martin asked the Minister to, “convene an urgent forum involving the Garda Commissioner, representatives of the Rape Crisis Network, leaders of third-level institutions and the Higher Education Authority to begin the process of looking at this in a more comprehensive way than we have done to date.”

Minister Flanagan said that he was equally concerned by the reports and has been meeting with garda management and other advocacy groups about the problem.

“There is merit in making contact with the management teams in our third-level colleges,” he said, ” I acknowledge the importance of the Garda protective services unit, which is engaged on the ground in ensuring those who report crime of a sexual nature are dealt with in a most compassionate and comprehensive way.”

He urged any young person, and women in particular, who are sexually assaulted or rape to, “report the matter to the Garda Síochána where there are structures available.”

The Minister finished by referring to the review of how sexual offences are reported and prosecuted underway by NUI Galway Professor of Law and practicing barrister Tom O’Malley.