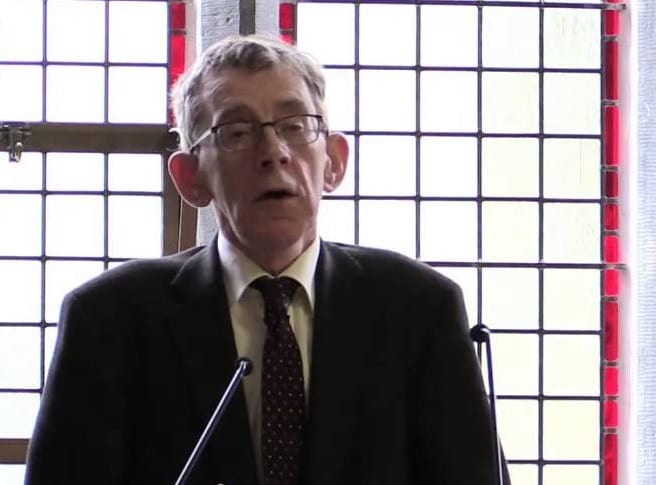 The Minister for Justice has appointed NUI Galway law lecturer Tom O’Malley to review how sexual assault trials are carried out in Ireland.

Minister Flannagan committed earlier to examine whether greater protections are needed for victims of sexual assault as well as all aspects of how trials are carried out in the Republic.

His announcement came after protests over the acquittal of Rugby players Paddy Jackson and Stuart Olding for rape in Belfast in March.

Professor O’Malley has been a lecturer of law at NUIG since 1975 and has described the “maze” of laws governing sexual assault trials and the inconsistencies they create as a “pet topic” of his.

The Irish Times reports that professor O’Malley has been asked to look at the legal protections offered to complainants, the practice of pre-recorded cross examinations, and whether gardaí and members of the judiciary in dealing with vulnerable witnesses and accused persons.

Mr. O’Malley will report to the Minister on his findings with any proposed changes to the way trials are handled in the next few months.

Sources within the government told the Irish Times that a lot of work has already begun within the department of Justice, and that Professor O’Malley will be driving work forward from here on.

Professor O’Malley appeared before the Oireachtas Committee on the Eight Amendment last October where he spoke about a need to simplify our legal code when it comes to sexual offences.

“The entire law on evidence and the way it operates in the trial of sex offences, is now dispersed among at least a dozen statues dating from 1885 up to 2017,” Professor O’Malley said.

“It is something of a maze in which one section from one statute amends another. There is a crying need for something that many other countries have done, that is to say, produce a single comprehensive sexual offence statute that sets out all the offences.”

He said that drafting a single code could also provide an opportunity look at the “optimal conditions of the trial process”.

It would also give a chance to examine what protections need to be in place for complainants who are underage, have a mental disability, or are otherwise vulnerable.

Galway Daily is attempting to reach Professor O’Malley for a comment today.