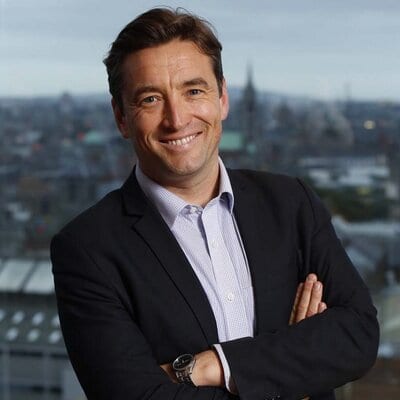 John Concannon, Vice President: Development of NUI Galway and a well respected businessman and communications guru from Galway has been put in charge of the government’s public information campaign for the coronavirus pandemic.

The Irish Independent reports that Concannon’s role will involve coordinating communications across all government departments and agencies related to the Covid-19 coronavirus pandemic.

In a televised address to the nation last night on St Patrick’s Day, Taoiseach Leo Varadkar said that stopping the “spread of fear” was as important as fighting the virus, and said that people should only get their information from official sources such as the HSE and World Health Organisation.

Concannon said that he has agreed to take this role in Ireland’s emergency response to the coronavirus pandemic at no cost to the taxpayer.

Prior to his current position at NUIG he was the marketing expert responsible for the Wild Atlantic Way tourism campaign, with Galway at its heart, during his time as the Director of Market Development for Fáilte Ireland.

He has also previously served as the communications head for the government during the Beast from the East cold wave and Storm Emma in 2018 that saw Ireland get its worst snow crisis in decades.

A Tuam native, Concannon took up his current role at NUIG, where he previously graduated from, in May of last year.

Other work he has done for the government includes handling the Easter 1916 commemorations strategy and the ‘Creative Ireland’ programme, while locally he has worked with COPE Galway in the past.