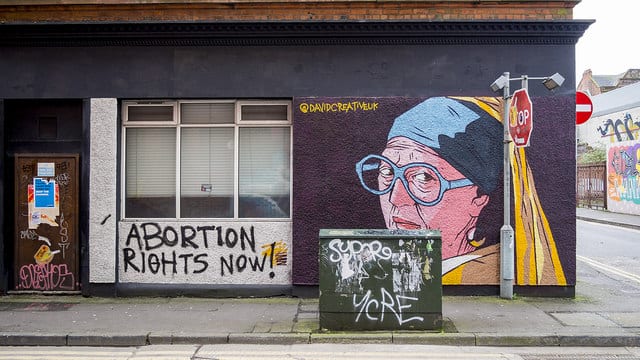 The decision by British MPs to extend same-sex marriage and access to abortion to the North of Ireland has been welcomed by political representatives and campaigners across the island.

Yesterday’s vote in the Commons means the region will be brought into line with the rest of Ireland and the UK on the two social issues.

Commenting on social media, Minister for Health Simon Harris said that while Westminster may not be the preferred modality to bring about such changes, it is a really welcome and important move for equality in the North.

The vote yesterday came about as a result of two amendments made to a technical bill related to the region.

In the first amendment, tabled by Labour MP Conor McGinn, MPs voted 383 to 73 in favour of extending equal marriage to the North of Ireland.

MPs then approved an amendment from Labour MP Stella Creasy to extend abortion rights to the North – which is the only region in Ireland and Britain, and one of the only places in Western Europe, where abortion remains illegal.

Galway actress Nicola Coughlan took to Twitter to express her delight at the result of the two votes.

The Derry Girls actress, who has campaigned for the extention of abortion rights to the North since the Eighth Amendment was repealed in the Republic, said: “I have no words, so emotional. So happy for the people of [Northern Ireland]”.

She added: “So proud to have stood alongside the women and LGBTQ Community of Northern Ireland in fighting for these changes that are so long overdue.”

Meanwhile in Derry, Elisha McCallion MP said that all rights for citizens in the North should be addressed by Stormont but that the DUP is to blame for that not being possible.

“Marriage equality, like Irish language rights, victims and women’s rights should be addressed by the Assembly.

“They have not been because rights have been repeatedly vetoed by the DUP, enabled by the British government” she said.

Now truly #TheNorthIsNext – marriage equality and access to abortion services for all people on the island of Ireland. Today may not be the preferred modality to bring about such change but a really welcome and important move for equality #TheNorthIsNow #loveislove #trustwomen https://t.co/yiVBNFpo0M