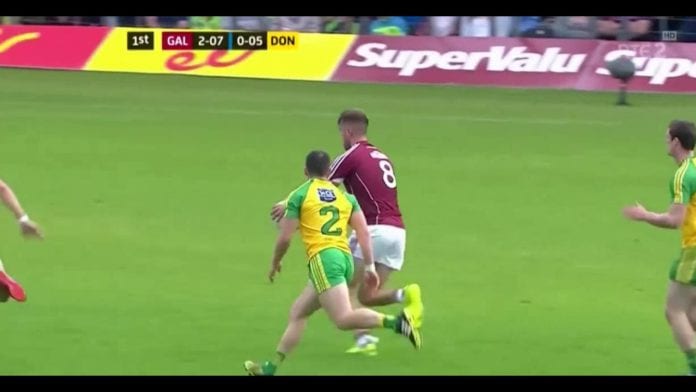 Supporters travelling to Letterkenny this Sunday to watch the Galway senior footballers in action against Donegal will be advised to leave early as road closures could slow down their travel plans by up to half an hour.

Galway Supporters might be delayed in traffic on Sunday traveling to Letterkenny. The N13 will be closed from Friday 2nd February @ 19.00 until Monday 5th due to major planned road works. Expect long delays! @TribesmenGAA

The N13 road linking Ballybofey to Letterkenny will be closed between Tircallen and Stranorlar from Friday to Monday meaning supporters of both teams will have to use diversions to get to O’Donnell Park.

One option upon leaving Ballybofey is to head west towards Cloghan and Cullion before coming back in towards Letterkenny which is expected to add 20 minutes to the journey.

Travellers can also head east through Killygordon, Castlefinn and Strabane on the N15 before heading back north on the N14.  This should add 30 minutes to the trip.

With the journey from Galway City to the Donegal venue already expected to take more than three and a half hours, maroon and white fans not making a weekend of it may need to be on the road not long after 8am to ensure they arrive in plenty of time.

The Tribesmen began their campaign with a 1-9 to 0-8 victory over Tyrone last weekend with Damien Comer netting after just 16 seconds.  Donegal came out the wrong side of a cracking contest going down 2-18 to 3-14 to Kerry.

It will be the first meeting between the counties since Galway were emphatic 4-17 to 0-14 winners in the 2017 championship qualifiers.

The National Football League Division One game (2.30pm) is being played as a double header with the Donegal hurlers who face Derry in Division 2B at 12.30pm.  While this shouldn’t produce a massive crowd, it could still add to the traffic congestion especially as it is a local rivalry.

Galway’s ladies footballers are also travelling to Donegal on Sunday for their second outing in the National League but no details of this fixture has been announced yet although it is expected to have a 2pm throw-in.