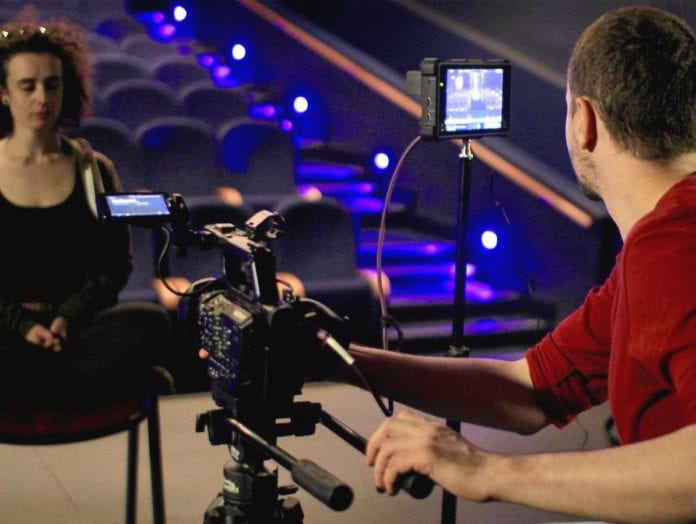 The Galway Film Centre’s Dig Where You Stand scheme returns this year with a call for project proposals from young filmmakers in Galway city and county.

This year’s funding scheme follows a successful 2017 – when the programme produced two short documentaries that were well received by local, national, and international audiences alike.

The film has recently been accepted into two North American film festivals for an autumn screening in Texas and Toronto.

Console My Heart by Will Smith and James Ward takes a look at the Direct Provision system through the eyes of a former asylum seeker from South Africa, Veronica Ncube.

After last year’s success both Galway City Council and Galway County Council are renewing their support for the Dig Where You Stand scheme.

Through this scheme, the Galway Film Centre hopes to offer young Galway filmmakers a chance to develop their talent as documentary makers.

Dig Where You Stand

Dig Where You Stand is a phrase with its roots in Sweden and popularised by author Sven Lindqvist.

It is based on the idea that by researching and learning about their own history and the place where they live, individuals and groups will understand more about their lives and their inter-connectedness.

Young Galway filmmakers will be able to find worthy documentary subjects by exploring the richness and potential of our own communities and embracing their diversity.

The selected finalists will be mentored by Gort-based filmmaker Jill Beardsworth.

Ms. Beardsworth is a founding member of Twopair Films and has produced the films Children of Allah, Apples of the Golan, and When All Is Ruin Once Again, which recently won the ‘Best Cinematography in an Irish Feature Award’ at this year’s Galway Film Fleadh.

Kehoe’s work includes An Dubh ina Gheal: Assimiliation, Deargdhúil: Anatomy of Passion and I Am Galway 2020, the VR film that was a significant inclusion in Galway’s successful bid campaign for European Capital of Culture 2020.

Comer’s work includes A Year ‘Til Sunday and Tall Dark and O’Áilpin along with his Irish language series GAA Nua and GAA Eile.

“The Dig Where You Stand scheme offers young and emerging Galway filmmakers a professional progression route and the selected filmmakers will also have the opportunity to connect with their European counterparts through Galway Film Centre’s membership of the Screen Talent Europe Network.

“We look forward to seeing the documentaries develop over the coming months.”

Take a look at the guidelines for applicants on the Galway Film Centre website or email admin@galwayfilmcentre.ie for more information.