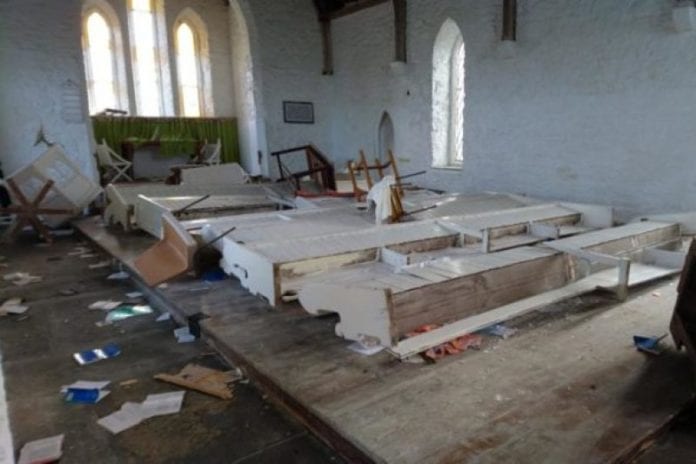 Almost €20,000 has been raised for the restoration of the church in Clifden which was destroyed by thugs two weeks ago.

The contents and interior of the Holy Trinity Church, Errislannan were badly damaged, and it is estimated that it will take up to €70,000 to return the church to its former glory.

That’s according to Reverend Stan Evans, the Priest in charge of the Church of Ireland church.

The community was horrified and saddened by this destruction and people from across Galway and indeed the island of Ireland have donated to first of all weatherproof the church and stop further damage being caused to the interior.

The damage included Bible being thrown through a window and the pulpit being split in two.

The altar rail was completely ripped from its fixings and thrown through the east window of the church and all lights were smashed.

The organ in the church was also been smashed beyond repair.

Donations can be made on the official gofundme page here.