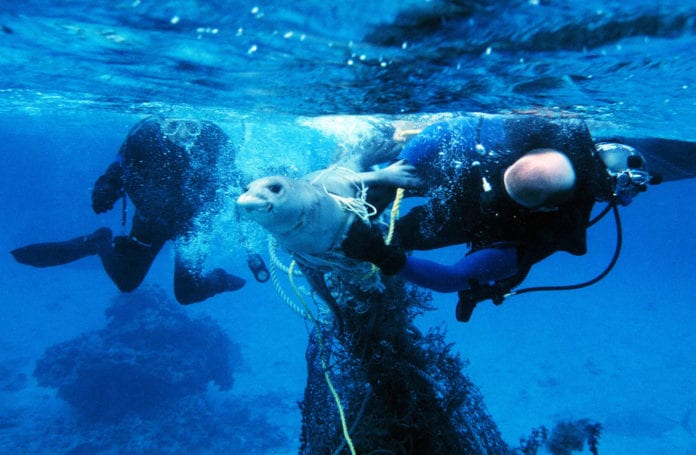 A group of Dutch divers have planned a “ghost fishing” operation to remove abandoned fishing gear in Galway’s waters early next month.

The Netherlands-based non-profit Ghost Fishing Foundation will start Operation Stone and Pots on September 3 – the first of its kind in Ireland.

They aim to remove storm-driven fishing gear such as lines, nets, and lobster pots that have been lost at sea by fishermen.

This fishing gear often continues to trap and even kill sea animals – called ‘ghost fishing’ – which poses a potential threat to ocean wildlife such as sharks, fish or crustaceans.

Operation Stone and Pots follows on the tail of a report by An Taisce that only 8% of Irish beaches are clean.

In fact, Salthill was listed as the only litter-free beach in the country.

But our ocean environment needs all the help it can get – especially after five beaked whales have been found dead on western Irish beaches in only one week.

Six divers from the foundation will work for three days removing lobster pots and other ghost fishing gear from Galway Bay.

The gear will be returned to fishermen if they can be reused.

A preliminary dive this past May revealed a number of ghost lobster pots in Galway Bay.

Irish waters are known for their rich biodiversity – but ghost fishing gear kills millions of marine animals each year.

The public is invited to join the team for a presentation of the work of Ghost Fishing and a beach cleanup on Thursday, September 6th.