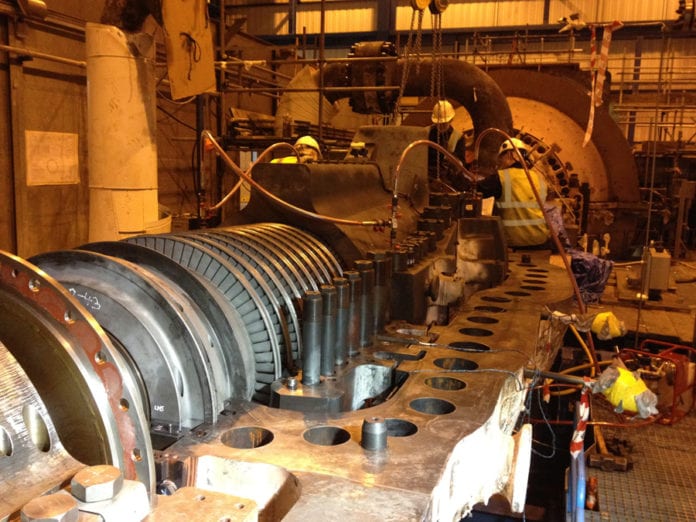 GE is one three stakeholders in the Tynagh plant along with Turkish conglomerate Gama Energy International (40%), and Irish energy investors Mountside Partners (20%).

The east Galway gas plant was built and is operated by Tynagh Energy, an independent “collaboration of local and international expertise” that applied to the Commission for Energy Regulation to finance and construct a gas plant in 2003.

The Irish Independent reports that GE have appointed advisors Augusta & Co to oversee the auction process, which has been codenamed ‘Project Titon’.

GE is also a 50% shareholder in Gama Energy according to Tynagh Energy.

Tynagh Energy posted pre-tax profits of just over €12 million in 2016, the most recent year for which there is information available.

That’s a massive recorded drop from €45.5 million the year before.

Accounts statements attribute the expiration of two ten year contracts in March 2016 as likely being a significant contributing factor to the drop.

GE has seen a slump in its energy business recently, second quarter sales in GE Power this year fell by nearly 20% and the company was recently delisted by the Dow Jones 100 Industrial Average after more than a century.

New CEO of GE John Flannery has been attempting to restructure the company by selling off less performing assets, like Tynagh.

“The biggest challenge we face continues to be working through the turnaround of our power business,” he reportedly told analysts last month.

Mr Flannery said that global demand for oil fired power has been dropping around the global, in no small part due to the rise of renewables.

GE’s share value was adjusted down to 19 cents per share in Q2 this year after a run of bad news, which still slightly exceeded the 18c value predicted by Bloomberg analysts.