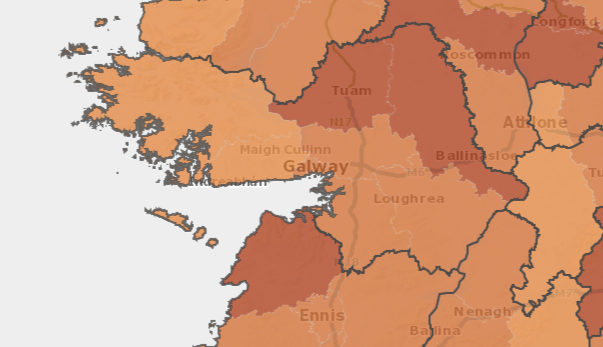 Tuam LEA has the highest rate in the county at 563 coronavirus cases per 100,000 inhabitants, after 187 new cases were reported there in the two weeks to 11 October.

The 14-day incidence rate in Athenry-Oranmore increased again this week to 308 (101 cases) while Loughrea has the third lowest rate in the county at 289 after just 67 new cases were reported in the area in two weeks.

Galway City Central LEA had 94 new confirmed cases in the fortnight to 11 October, taking the rate there to 352, and Galway City West’s rate now stands at 311 with 79 new cases reported there.

Sharp drop in COVID patients in the ICU