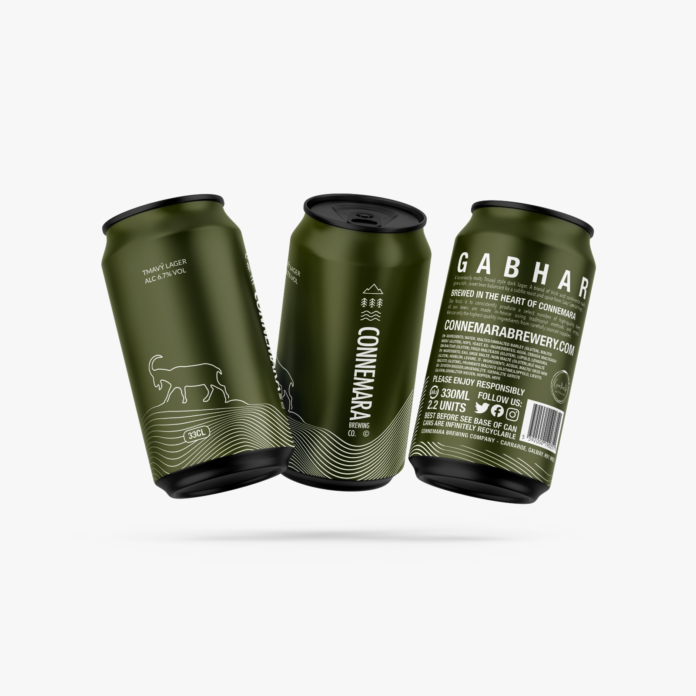 Connemara Brewing Company have launched their seasonal beer just in time for Christmas, with a punchy brew from the east to keep you warm on cold nights.

‘Gabhar’ is a limited edition Czech-style dark lager made with a traditional lager hop that’s dark in colour but light, sweet, and roasty on the palate.

Connemara Brewing Company is fast building a reputation for brewing excellent beers, all of which are made from scratch in the Carraroe Brewery.

The brewers make use of traditional recipes and as many local ingredients as possible, which are sourced directly from carefully selected producers.

It features a pleasingly floral bitterness from its Žatecký hops, backed up with a slight maltiness from a blend of Irish and continental grains, and a crisp clean finish from the specially selected yeast and open fermentation process.

Connemara Irish ale has a long and dignified history. The Connemara Ale is juicy and full of flavour. A perfect hop medley and yeast blend provides the ale with a flavour that will make you want more.

This results in a drink that is, “bursting with hop flavour while remaining low in bitterness. It’s like Connemara sunset in a glass,” she adds.

Aine moved home to Galway following a successful and diverse career in brewing. She has been brewing continuously since finishing her science degree in NUIG almost 20 years ago (further complimented by a Masters in Brewing & Distilling).

She has started and ran both start-up craft and large international breweries and now invests all that experience and skill into producing what we believe are some of Ireland’s best beers.

Connemara Brewing Company also prides itself on the sustainability of its processes, starting with just recycled materials, and re-using as many raw materials as possible, followed by returning all used grain to farming lands in the locality.

The brewery is currently planning to move to a new upgraded production which will allow 100% of their energy needs to be met by the renewable energy produced on-site and expects to be completely carbon-negative by end 2022.

On top of a seasonal brew, this December Connemara Brewing Company are launching their brewery tours, guiding the visitor on a beer journey from grain to can in the Carraroe brewery. Best of all, the tour finishes by tasting the fruits of the brewing process.