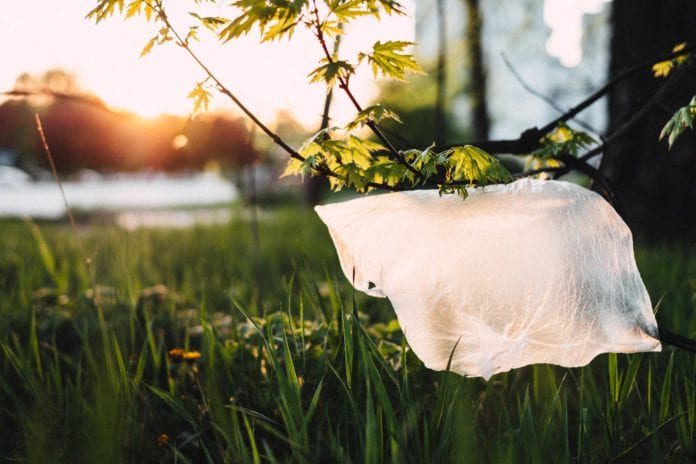 Grocery stores and other large retailers are being asked to make an extra push to cut down on Ireland’s plastic waste.

Galway West TD and Chair of the new Oireachtas Committee on Climate Change Hildegarde Naughton said that retailers with multiple branches must provide consumers with more eco-friendly options to cut down on plastic waste.

Deputy Naughton said, “Even a small grocery shop can result in an alarming amount of packaging waste.”

“We all know the copious amounts of cardboard, tin and glass generated from nonperishable products, but even more alarmingly fresh produce like fruit and vegetables come wrapped in plastic punnets and trays.”

While consumers might try to avoid pre-packaged produce, they still only have limited options to avoid creating extra plastic waste.

“Even if you choose to buy these products loose, the bags provided are often plastic. This leaves consumers with little choice and creates excessive amounts of plastic waste.”

Businesses across Galway have recently been getting into the movement to cut down on plastic and other waste by offering bio-degradable alternatives.

They responded to the primary school students’ plea with a commitment to convert to fully compostable cutlery, napkins, and greaseproof paper.

Another business that’s just making its mark on Galway for the first time, Freshii healthy fast-food restaurant, has committed to using fully compostable food containers and cutlery at its branch opening in Galway next week.

One way that Deputy Naughton suggests that retailers could easily help cut down on waste is by providing a space in store for customers to remove plastic wrapping and packaging, with appropriate recycling facilities close by.

“Retailers and consumers alike must work together towards a cleaner, greener Ireland,” she said.

“Some supermarket chains are already taking action, with promises to cut down on plastics or make them more recyclable over the next number of years.”

Waste, and its disposal, has proven to be a massive problem in Galway in recent times.

Over the summer months a campaign against illegal dumping removed 19 tonnes of garbage from blackspots in the city.

The Fine Gael government’s National Development Plan commits €21.8 billion over the next 10 years to move Ireland towards a more eco-friendly society.

One of its key objectives is to promote circular economy principles around plastic waste: prevention, reuse, recycling and recovery.

“Ireland has made progress in improving recycling and recovery levels, but further progress is needed to protect the environment, meet incoming EU regulations and facilitate the move to a circular economy in Ireland.” concluded Deputy Naughton.