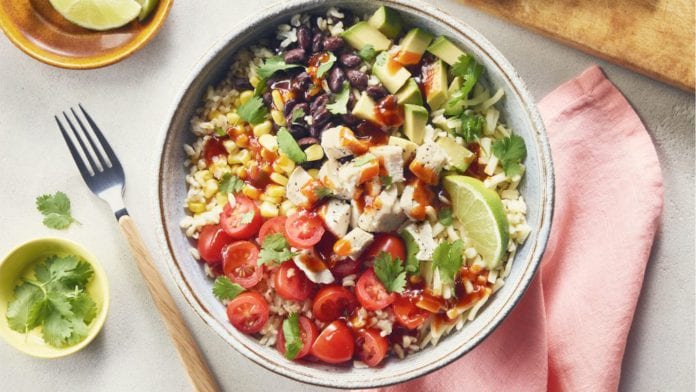 The healthy choice, fast-food chain Freshii is opening the doors of its first branch in Galway next week, creating ten full-time and part-time jobs.

Freshii is a Canadian restaurant chain that sets itself a the forefront of the improbable movement bringing together fast-food and a drive towards health and wellness.

With a fully customisable menu of salads, wraps, soups, burritos, and bowls, as well as pressed juices, smoothies and frozen yogurts, Freshii gives customers the opportunity to bring together all their favourite health foods without taking a wheelbarrow to the farmers’ market.

“Freshii is one of the fast-growing restaurant brands in the world, serving a healthy and customisable menu built around high-quality fresh ingredients.

“We can’t wait to energise people in Galway and satisfy the demand for healthy and fresh food at affordable prices.”

And since healthy food should go hand-in-hand with a healthy environment, Freshii are introducing fully compostable food containers, cups, and cutlery in all of their Irish restaurants.

Everything you eat from or with will degrade into the earth within eight weeks, leaving only organic matter behind.

The new forks, knives, spoons, and straws are made from eco-friendly plant starches that contain no traces metals.

And compost bins will be the new norm in stores so everything can be properly disposed of without getting mixed in with other waste.

Other branches of Freshii already operating in Ireland include at Applegreen’s M4 motorway plaza near Enfield, two each on the M1 north and southbound, and multiple branches in Dublin.

Dave O’Donoghue and Cormac Manning are the Master Franchise Holders for Freshii in Ireland.

Each Freshii restaurant brings its own individual look and feel to the community, while offering the same fresh ingredients and health-focused menu nationwide.