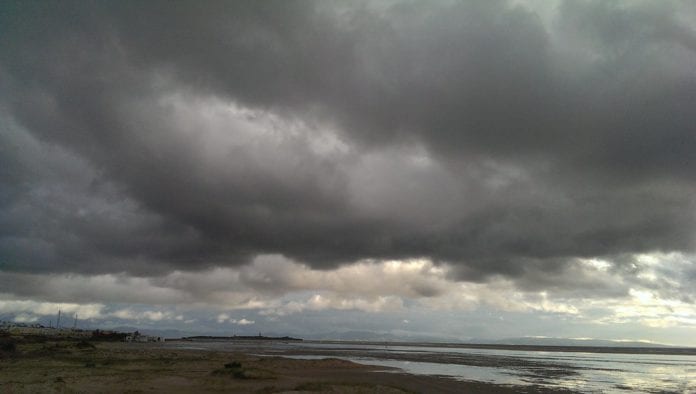 After a very brief spell of relatively decent weather of late, cloud looks set to dominate the skies this week over Galway.

While there may be some bright spells this afternoon, the forecast until Tuesday is cloudy.

With afternoon temperatures of about 18 or 19 degrees forecast for the whole week, there are no signs of any warmer weather until next weekend at the earliest.

The second half of the week looks set to be slightly brighter, but there is also more chance of showers from Wednesday until the weekend.

As for the rest of today, it will become mostly dry during the day, with sunny spells edging down from the north

Met Eireann says low cloud and patches of drizzle may linger along the south Connacht coast.

Maximum temperatures will be 17 to 20 degrees, in light northwesterly or variable breezes.

Tomorrow, Sunday, will be mainly dry, but cloud will dominate throughout the day with a few patches of rain and drizzle possible. Maximum temperatures of 16 to 20 degrees are expected, in light variable breezes.

Monday will be another cloudy day with temperatures of about 19 degrees in the afternoon.

Tuesday could be the best day of the week, as it looks like it will be brighter with some sunny spells and it should remain dry.

From Wednesday until the weekend, it will be brighter with more sunshine.

However, there may also be more showers on Wednesday and Thursday and temperatures won’t rise above 20 degrees until next weekend.