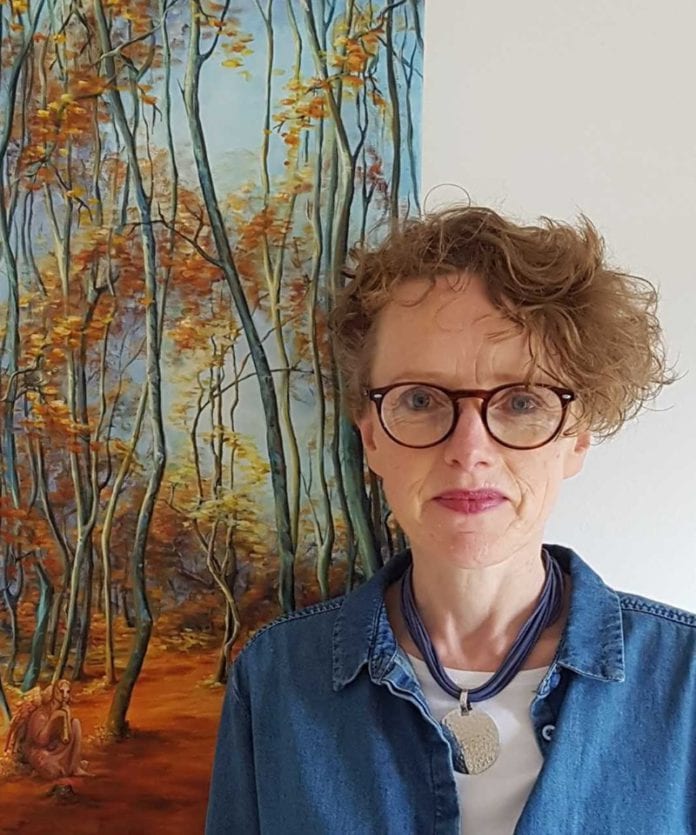 One local artist has captured the wilderness of the west coast in the Enchanted Forest exhibition on display at Ballybane Library.

The Enchanted Forest exhibition is a collection of oil paintings on canvas depicting real wooded areas in Galway and Donegal.

They were captured by the Galway based artist Éadaín with symbols, creatures and characters from Celtic, Christian and Classical heritage to suggest that all may not be as it seems.

Born in Dublin, Éadaín held her first solo exhibition in 1991 and since then her work has displayed at many solo and group exhibitions in Ireland and abroad.

Her latest show titled Exitus, the Odyssey of a Hare was displayed at the Kenny gallery in Galway earlier this year.

Enchanted Forest is meant as the first exhibition in a series by professional artists bringing Galway’s art scene to a marginalised audience on the east side of the city according to the county council.

It will be on display at Ballybane Public Library until July 31.