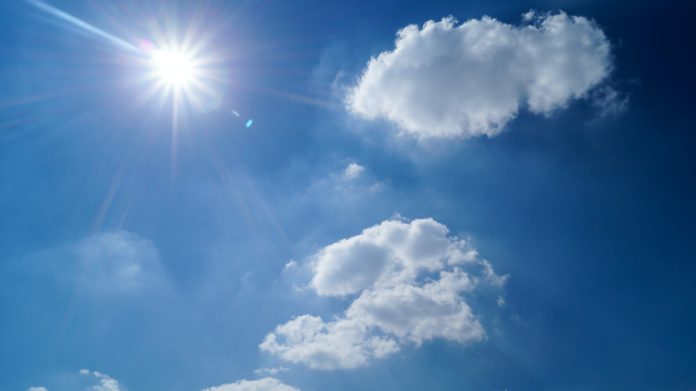 Galway is in for a hot weekend, with temperatures going well over the 20 degree mark, and growing spells of sunshine.

One thing we’re not expected to see this weekend according to Met Eireann, in a rarity for Galway, is any rain, despite grey skies at times.

Friday will be a hot and humid start to the weekend, with mostly overcast skies and highest temperatures of 18 to 20 degrees inland.

In coastal areas the mercury will read a more manageable 15 to 16 degrees, with a light to moderate westerly wind to freshen the air.

Start will start off cloudy, but with more frequent sunny skies as the day progresses. Highest temperatures on Saturday will be a beach appropriate 16 to 22 degrees in the afternoon.

The winds of Friday will also have died down to nothing more than a light variable breeze on Saturday.

Sunday is currently forecast to be the day that most resembles summer weather this weekend, with temperatures reaching highs of 18 to 24 degrees.

Expect frequent sunshine on Sunday, interspersed with patches of cloud, particularly in the morning, with a light shifting breeze throughout the day.

Next week will get off to a summery start according to Met Eireann, with temperatures hitting 25 degrees in places, and a clear sunny start to the day.