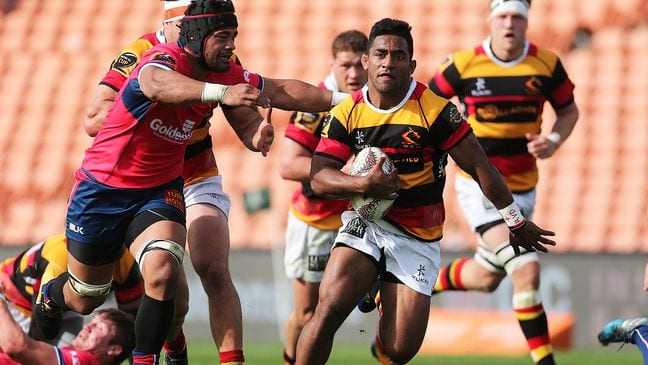 Connacht Rugby have announced the signing of Sevu Reece from Waikato in New Zealand. The 21-year-old, while playing much of his rugby on the wing, has experience of playing right across the back line and will provide increased options to Andy Friend and his coaching team at Connacht.

In 2017, the Fijian was the youngest member of the Provincial Barbarians side that played against the Lions in the opening game of their tour of New Zealand. In the previous season he finished as the top points scorer for his club side Melville and helped them to their first Waikato championship in 35 years.

Reece was born and raised in Fiji and moved to New Zealand in 2014 and attended Hamilton Boys’ High School. He will join Connacht after completing the current season with Waikato.

29 – New @connachtrugby signing Sevu Reece made more offloads (29) than any other player in the 2017 @Mitre10Cup, he also made the 4th most breaks (22) in the competition last season. Handy.
✍️🏉🇫🇯 pic.twitter.com/WA7Xz4F6Xz

“We are delighted to announce that Sevu Reece will be joining Connacht ahead of the 2018/19 season,” said new coach Andy Friend to Connacht Rugby’s official website.  “He is an exciting attacking player who will be a further addition to our back line next season.”

“I am really pleased to be signing for Connacht next season,” added Reece.  “Connacht is a proud club with a passionate support and I am looking forward to meeting the fans and my new team mates when I arrive there at the end of my season with Waikato.

“I will be doing everything I can to bring more success to the province.”