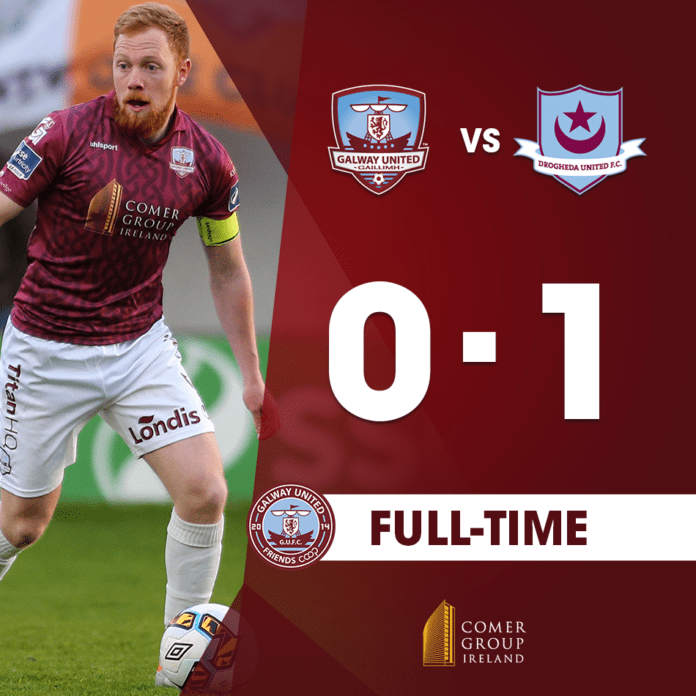 Sean Brennan’s sweetly hit free kick was the difference between Galway United and Drogheda United in the SSE Airtricity League First Division on Friday (25th May) in Eamonn Deacy Park.

It was the Tribesmen’s first home loss of the season and leaves them sitting in third place on 24 points, five behind leaders UCD.

Check out FAI TV’s highlights of the clash below while Galway United TV also have footage of Brennan’s strike that gave the visitors a 1-0 win.

Galway United’s next outing in the SSE Airtricity League First Division is away to Longford Town next Friday (1st June).  Kick-off at the City Calling Stadium is 7.45pm.