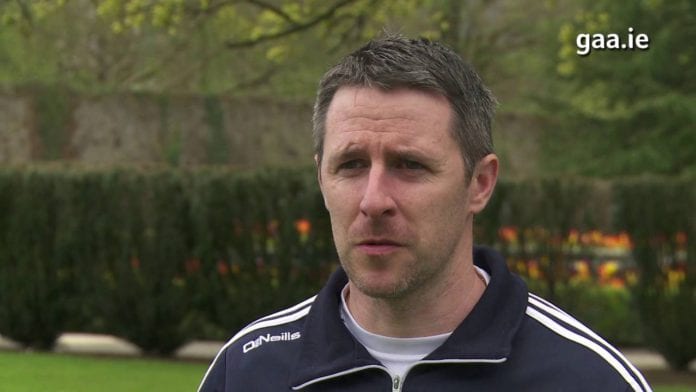 With the Galway hurlers looking to maintain their unbeaten run against Wexford in the Leinster Senior Hurling Championship this Saturday (2nd July), GAANOW took a look back at this save from Colm Callanan when the teams met in 2010.

The Tribesmen ran out comfortable 2-22 to 1-14 winners in Nowlan Park thanks to goals from Joe Canning and Kevin Hayes while Ger Farragher also contributed 13 points.

And they pulled clear in the final 15 minutes having only led by three points before Andy Smith was sent off (one of three to go with Wexford’s David Redmond and Diarmuid Lyng also departing before the finish).

But in a contest also noted for scores from ‘young players’ like David Burke and Aidan Harte, it was this glorious save from Callanan 10 minutes into the second half that was the stand out moment.

John McIntyre’s charges led 1-9 to 0-6 but Wexford were enjoying a good spell.  Indeed, they did reduce arrears afterwards but they could have seriously rattled the maroon and white when Michael Jacob was put through but the Kinvara netminder delivered an amazing save.

After coming through Offaly in the semi-final following a replay, Galway fell to Kilkenny in the Leinster Final.  But they rattled the eventual All-Ireland champions Tipperary in the quarter-final losing out by just 3-17 to 3-16.