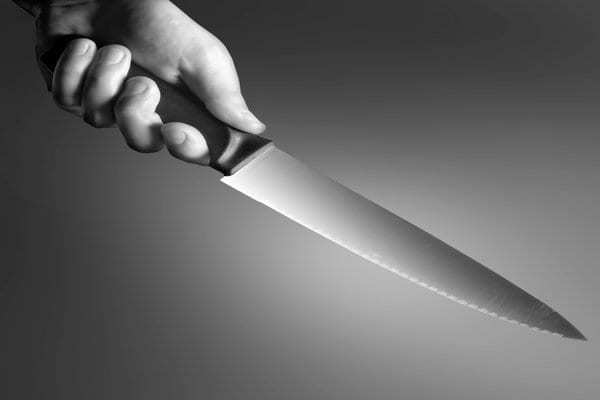 A cashier at Supervalu in Ballinasloe feared for her life when she was threatened with a knife during a robbery, Galway Circuit Court has heard.

Stephen Hodgins (24) was brought before the Circuit Court on two charges relating to a robbery at Supervalu in Ballinasloe last year. He pleaded guilty to both charges.

Sgt. Michael Feehily told the court that on the 15 July last year at around six in the evening, Hodgins entered Supervalu at Brackernagh, Ballinasloe with a knife hidden in the front pocket of his jumper.

He got a newspaper from the stand and went up to the till to pay. He gave the cashier a fiver and when she opened the till he threatened her with the knife and demanded money from the till.

Instead the cashier, a 20 year old student who works there part time, ran away and Hodgins used the opportunity to grab money from the till, getting €810.

Sgt. Feehily arrived at the scene shortly afterwards along with another garda, and after viewing cctv footage identified Hodgins as the suspect.

They searched the area and found Hodgins nearby; after a short chase he was arrested and brought to Ballinasloe garda station where gardaí recovered €440.

Sgt. Feehily said that Hodgins wore two pairs of tracksuit bottoms to the robbery so he could change afterwards in order to help him evade capture.

At the station Hodgins was cooperative and admitted to the robbery, telling gardaí: “Sorry for putting the young one behind the till through that torture,” during the interview.

Hodgins problems stem from a serious drug addiction, a barrister for the defence told the court. He had a “chaotic” upbringing and lost his father to a drug overdose when he six.

According to a probation report Hodgins, who is currently serving a sentence in Castlerea prison, has shown progress towards getting off drugs and expresses a desire to move away from Ballinasloe, something probation services recommend.

Hodgins admitted to gardaí that morning, before the robbery, he had smoked heroin and taken xanax. The money from the robbery was intended to pay off a drug related debt.

Hodgins has 23 previous convictions going back to when he was a minor, several of which were robberies or involved a knife.

On every occasion where a knife was involved he had threatened someone with it, but has never actually used one on a persn Sgt. Feehily told the court.

Judge Rory McCabe said that the prospect of spending his life in prison should act as deterrent to Hodgins actions, but that it hasn’t to date.

For the robbery he handed down a 6 year sentence, with the final two years suspended; and for the firearms charge related to using a knife Hodgins received a 2 year sentence to run concurrently.