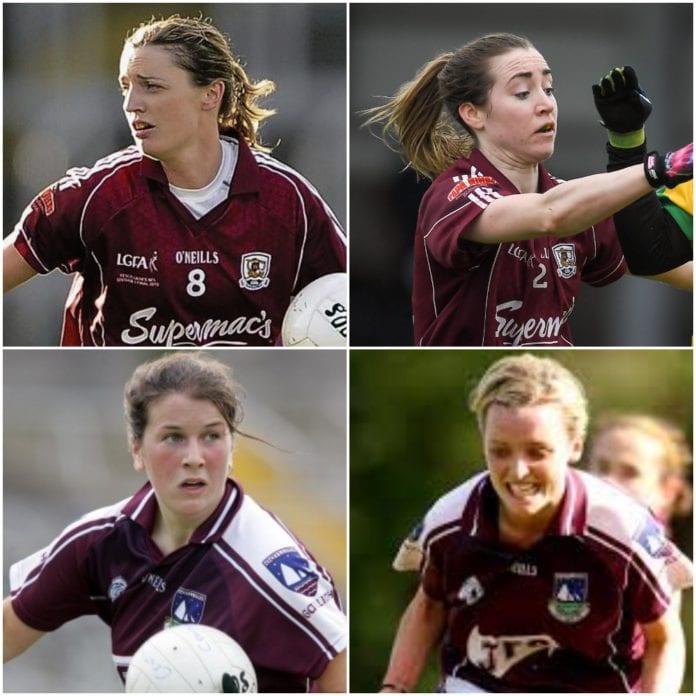 The semi-finals concluded in the early hours of Thursday morning (31st May) and now, our twitter competition to declare ‘Galway’s Greatest Ladies Footballer’ is down to the FINAL FOUR!

The All-Ireland winning class of 2004 have three finalists competing for the top prize along with the county’s most well-known current dual player.

For the third consecutive time, Annette Clarke tops the poll with 49% after she came through her semi-final.  She beat Olivia Divilly (19%), Emer Flaherty (19%) and Sinead Burke (13%).

Next highest was Edel Concannon who finishes in the top four for the first time.  The All-Ireland winning final goal scorer finished with 37% ahead of Tracey Leonard (27%), Geraldine Conneally (19%) and Louise Ward (17%).

Irish soccer international Niamh Fahey, who also has an All-Ireland medal, won the third semi-final after she came through a tight battle getting 30%.  She finished ahead of Fabienne Cooney (27%), Caitriona Cormican (27%) and Roisin Leonard (16%).

As mentioned before the competition started, any ties would be settled by the adjudication committee and they were called upon to make one decision.

With the best runner-up qualifying, three players were on 27% seeking one spot.  They voted for Cormican ahead of Cooney and Tracey Leonard.

The final, starting shortly (Thursday) is a straight shoot-out between the four qualifiers.  The top player will be crowned by our followers as ‘Galway’s Greatest Ladies Footballer.’

The polls will stay open for 15 hours and the WINNER will be declared on Friday.

WHO DO YOU FEEL IS GALWAY'S GREATEST EVER LADIES FOOTBALLER?