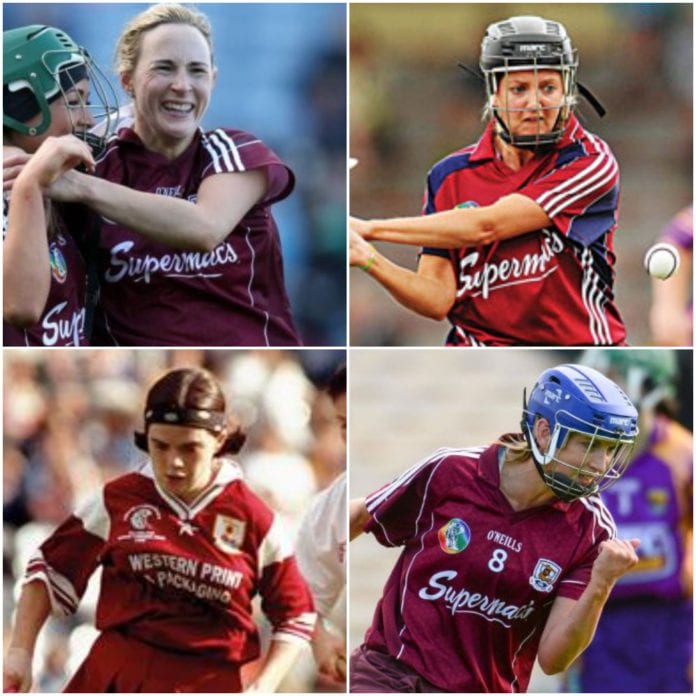 The semi-finals concluded in the early hours of Thursday morning (31st May) and now, our twitter competition to declare ‘Galway’s Greatest Camogie Player’ is down to the FINAL FOUR!

It’s a field of All-Ireland winners with two representatives from the breakthrough class of 1996 and two who reached the Holy Grail in 2013.

For the third consecutive time, Therese Maher tops the poll with 78% after she came through her semi-final.  She beat Tracey Laheen (13%), Tara Kenny (6%) and Regina Glynn (3%).

Next highest was Niamh Kilkenny who was the only other player to carry more than half the available votes.  The Pearses midfielder scored 57% ahead of Ann Marie Hayes (20%), Noreen Coen (17%) and Sarah Dervan (6%).

In the surprise of the round, Martina Harkin’s momentum carried her to victory as she finished on 42% beating favourite Sharon Glynn (31%), Molly Dunne (17%) and Rebecca Hennelly (10%).

As mentioned before the competition started, any ties would be settled by the adjudication committee and but they weren’t called on to make any decisions.

The final, starting shortly (Thursday) is a straight shoot-out between the four semi-final winners.  The top player will be crowned by our followers as ‘Galway’s Greatest Camogie Player.’

The polls will stay open for 15 hours and the WINNER will be declared on Friday.

WHO DO YOU FEEL IS GALWAY'S GREATEST EVER CAMOGIE PLAYER?