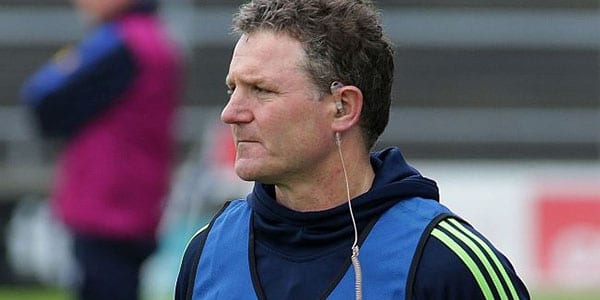 Galway were facing Sligo in the Connacht FBD League for the first time since suffering championship defeat the previous year.  Kevin Walsh was involved but in his role as Sligo manager while Alan Mulholland was overseeing the Tribesmen’s start to the New Year (courtesy: advertiser.ie)

Joe Canning had a rare winter off and was ready to hit the ground running ahead of the Galway hurlers’ new season.  The maroon and white had reached the 2012 All-Ireland hurling final going down to Kilkenny after a replay and they were hoping for improved fortunes in a year after reaching the decider (courtesy: independent.ie)

Connacht rugby had a new coach after it was announced that former Auckland and Blues coach Pat Lam was heading to Ireland to take over the Western Province.  The 34-times capped Samoan player accepted a two-year deal with the option to extend his stay.  Wonder how he got on? (courtesy: stuff.co.nz)

St. Jarlath’s College, Tuam were getting ready to compete for the Hogan Cup and Fr. Olivier Hughes was reminiscing about 30 years with the school and talented footballers he’d seen come through the ranks including the great winning teams of 1994 and 2002 (courtesy: independent.ie)

Johnny O’Connor and Gavin Duffy were the only two Connacht players named in Eddie O’Sullivan’s Irish rugby squad ahead of the Six Nations campaign.  He also named two uncapped Leinster players who would go on to do pretty well for themselves – Cian Healy and Jonathan Sexton (courtesy: bbc.co.uk)

"If we had a Padraig Joyce we could have won 2-3 All-Irelands' – John Maughan in honest form #GAAHour #TheToughest https://t.co/6QDOjAd4Rl

Padraig Boyce and Padraig Joyce were sent off as referee Pat Conway booked 10 players in the Connacht FBD League.  John O’Mahony’s reign was only beginning as they took on Leitrim early and secured the result despite being down two players.  (courtesy: irishtimes.com)

Before Brian O’Driscoll, Ireland’s main man was winger Simon Geoghegan – the only man who successfully managed to tackle Jonah Lomu in the 1995 World Cup.  Did you know Simon’s second name is Patrick and that is his father’s name who hails from Killimor. (courtesy: independent.co.uk)