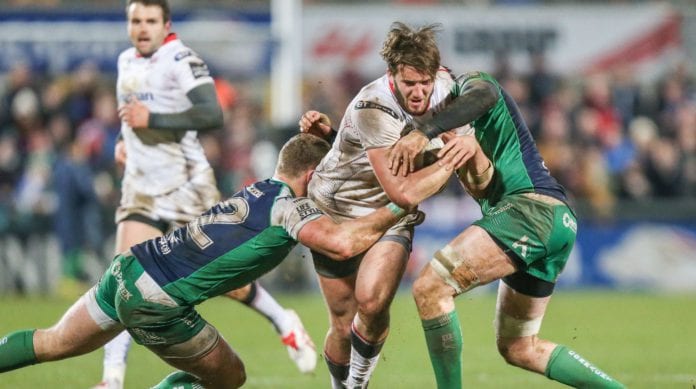 Connacht Rugby will ensure as many supporters as possible can enter the Sportsground this Saturday night (December 23rd, 7.35pm) for their final pre-Christmas encounter against Ulster in the Guinness PRO 14 Championship.

It’s the first of three consecutive interprovincial outings for Kieran Keane’s team who also travel to meet Leinster and Munster over the festive period.

Due to the high level of ticket sales with supporters home for the holidays, the decision was made to add the extra seats and as many had purchased their tickets online.

The extended terracing is being installed at both the Bohermore and College Road ends of the Sportsground to facilitate the increased demand.

Adult and juvenile tickets for the additional terracing are on sale immediately and supporters are encouraged to purchase tickets early to avoid disappointment. Gates will be open two hours before kickoff so patrons can arrive early and enjoy the match day experience.

Ahead of the tie, Connacht’s medical team have given a squad update ahead of Saturday’s eagerly awaited contest.

Prop:
Denis Buckley sustained an ankle injury in the game versus Brive and will see a specialist this week to determine the extent of the injury.

Dominic Robertson McCoy is continuing his rehabilitation from thumb surgery and will return to action in early January.

Lock:
Andrew Browne is continuing his rehabilitation from Achilles surgery and and will return to action in early January.

Outhalf:
Steve Crosbie sustained a knee injury in training last week and is awaiting the results of a scan to determine to extent of the injury.

Back Row:
Eoin McKeon sustained a calf injury in training last week and will be out of action until the end of January.

Jake Heenan is recovering from shoulder surgery and will be out of action until April 2018.

Jarrad Butler will be integrated into team training this week.

Sean O’Brien is recovering following shoulder surgery and will return to team training in mid January.

Back Three:
Rory Scholes is continuing his recovery following the removal of his appendix and will return in early 2018.