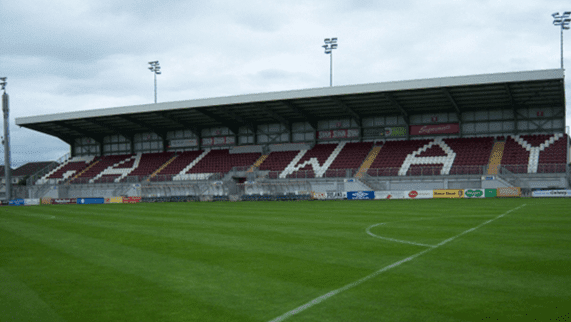 The 2018 SSE Airtricity League fixtures have been announced and Galway United will commence their attempt to regain top-flight status when they host Athlone Town in Eamonn Deacy Park on Friday, February 23rd.

FIXTURES ANNOUNCED! | We will kick-off the 2018 @SSEAirtricityLg First Division season with a home game against @AthloneTownAFC.

Shane Keegan’s squad has gone through a transformation over the winter following a host of departures including Colm Horgan (Cork City), Gavan Holohan (Waterford FC), Ronan Murray and Stephen Folan (both Dundalk).

It hasn’t all been one-way traffic as the club recently celebrated contract extensions for Marc Ludden and Eoin McCormack while Ryan Connolly returns after one season with Shamrock Rovers.

The Tribesmen suffered the agony of last day relegation in October and will hope to challenge for First Division honours in the new look 10 team second tier.

They follow their opener with a trip to St. Colman’s Park to face Cobh Ramblers on March 3rd before heading east for an encounter with UCD six days later.

All teams will meet three times before going through a series of play-offs.  The winners will play in the Premier Division in 2019 while the second, third and fourth placed teams will compete with the top flight’s ninth placed club for promotion.

Cabinteely, Wexford, Drogheda United, Finn Harps and Longford Town are others whom Galway must surpass to keep their challenge intact and they will finish the round-robin series in Tolka Park on Saturday, September 22nd in Tolka Park.  The mid-season break takes place during the latter half of June.

Keegan’s charges will also compete in the two domestic cups.  The EA Sports Cup commences on Monday, March 5th with the decider taking place on Saturday, September 15th.  And the Irish Daily Mail FAI Cup kicks off the week ending August 12th with the final scheduled for the Aviva Stadium on Sunday, November 4th.