December until the New Year in Galway is easily known as the season of holiday cheer, lights, the market, and, of course, tourists. You would be hard-pressed to walk down the street and not hear another language or accent, or see the wide-eyes of families on holiday. There are no shortages of music sessions as most pubs pull out all the stops in anticipation for the onslaught of world travelers, ready to drink a pint and marvel at the musicians for their truly “Irish experience”.

While most pubs in Ireland tend to lean towards the musical duo singing more popular ballads and songs such as “Galway Girl”, “Molly Malone”, and “Whiskey in the Jar”, it is the spots with the true traditional music seisiúin that are the gem. The spots where you stay until the early hours of the morning, all members of the audience and the musicians sharing songs and jumping in for a tune. “Trad” music, being a predominantly social art form, and an oral tradition (in the case of sean-nós), thrives with the interactions between the players and the listeners.

Here are five spots to find some great seisiúins: 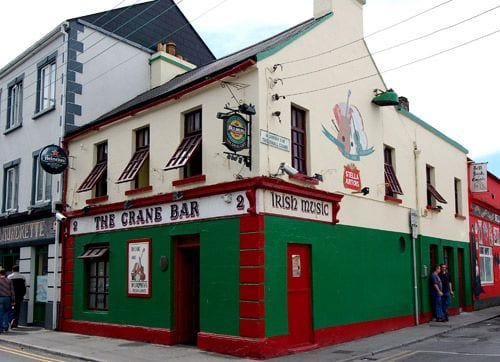 I have a soft-spot for The Crane, as it is easily my favourite pub to frequent when I’m in the mood to share a song. The Crane holds its seisiún both downstairs and upstairs, with the upstairs being more for Thursday nights until Saturday nights (the busiest nights). As with any great seisiún, the best time to stay is until the very end, when most of the tired tourists have left, and the musicians are more willing to open it up to the general audience. By that time, many pints have been had, and everyone is left in great spirits. 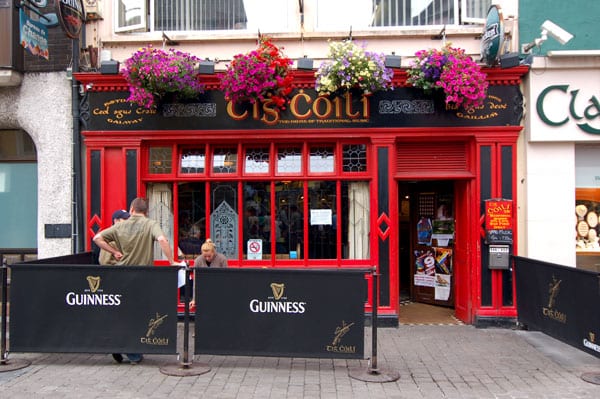 Tigh Cóilí is one of the more popular spots for tourists to visit. Known as “The Home of Traditional Music”, it boasts two music sessions a night (6.00 and 9.00 P.M., approximately) with a few famed musicians, such as Johnny “Ringo” McDonagh and Brian McGrath formerly of the band Dé Danann. Tigh Cóilí’s later session tends to overcrowd the small pub, making it hard to see, and sometimes hear, the musicians. It is the earlier session that is the jewel; there is space to sit, and it is the session more frequented by the older locals. Many a story, and many a laugh have been shared during this session. 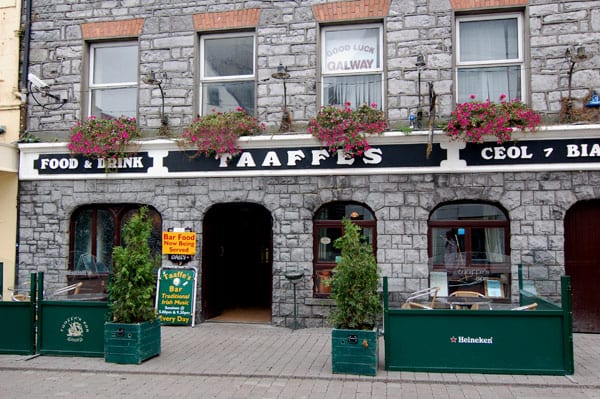 Similarly to Tigh Cóilí, the earlier session is the better experience in this instance as well. Taaffe’s is a pub located in a 400 year-old building, with stone walls and a small fireplace. The best time to go is right as the early session musicians are getting set-up, so you can snag a spot next to the fire and have a pint. Sometimes a bit of a smaller session, but always top-quality musicians and a wonderfully laid-back atmosphere. The later sessions can be enjoyable as well, but are much more raucous and are in the back of the pub, where there is a small stage and amplification.

I must admit, I have not been to this pub since it changed to being “Darcy’s Bar”, so I cannot say if how I am about to describe it is still relevant. 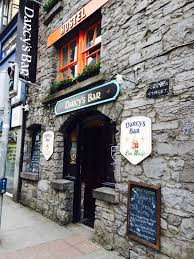 Nestled under the Galway Hostel is Darcy’s Bar; formerly known as Tigh Fox. I attended quite a few music sessions at Tigh Fox, and found it to be a true hidden gem. It was never overpopulated, the musicians were always happy to have the banter, and it was a small, yet incredibly inclusive session. As the night gets later and later and the session plays on, people who were previously listeners are allowed to take the stage, giving a song, doing a cúpla steps, or jumping in on a tune. It was always one of the most enjoyable musical experiences around Galway, and each listener felt as if it was their own. 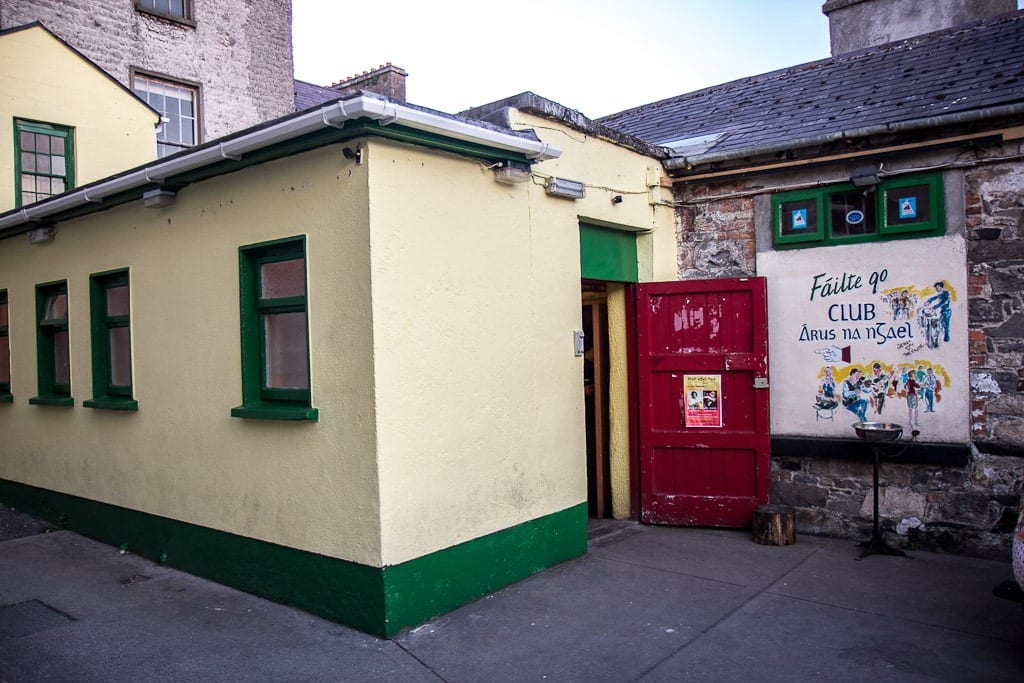 Club Áras na nGael provides a plethora of language classes, student nights, dance classes, and music sessions every night of the week. They have their general music session on Saturday nights at 9.30, as well as a “seisiún mall”, or a slow session for new musicians on Mondays from 8.30-10 P.M. to practice their instruments. A warm and inviting space, a fireplace, and some lovely pints make this pub a must-see.