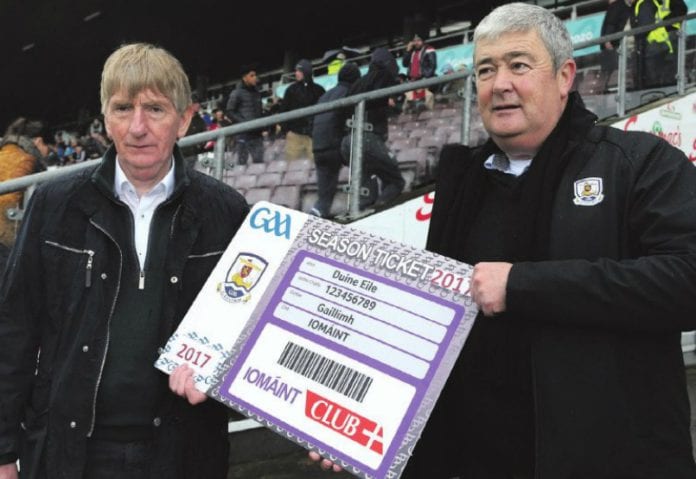 Galway GAA Board have decided to cut ties with the Mountain South project that has been a financial burden for the last decade and sell their proposed training centre in Athenry.

The 102-acre site purchased for €2.8 million had been draining resources with annual repayments set to reach €265,000.  A deal was struck to pay just €50,000 over the last few years on the Capital Cost but with the balance due, a decision had to be made.

“We will be expecting to get over €1million for it. Then we will restructure that as short-term debt, whatever the shortfall is,” said chairman Pat Kearney to John Fallon in the Irish Times.

Galway will look to further develop their existing facilities in Loughgeorge, Claregalway to cater for all Galway teams along with dealing with a potential €2 million loss from Mountain South.

“To avoid an unsustainable increase in our loan repayments in 2018, we plan to sell the property at Mountain South and use the sale proceeds to reduce our debts and repayments,” said secretary John Hynes at the Board’s Annual Convention in Loughrea on December 11th.

“The reduction of our capital debt is one of our top priorities and one of the biggest challenges we are facing. (We) will continue to make every effort to improve our financial performance in the forthcoming year in partnership with our clubs, our various sub-committees and the Tribesmen Supporters Club.”

This was achieved during an equally memorable year on the field highlighted by Galway’s All-Ireland Senior Hurling success in September.  The seniors also delivered the Leinster title and the National League with the minors completing a historic Sunday in Croke Park taking the Irish Press Cup.

A pre-All-Ireland hurling fundraiser, a County Fundraising Draw and the Galway Tribesmen Supporters Club were responsible for bringing in €340,000 together while Supermacs’ sponsorship of all Galway teams of over €500,000 was acknowledged by Hynes at the Convention.