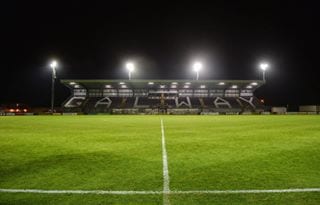 This year has been an absolute roller coaster for Galway United, with a poor start to the season turning into a comeback worthy of the Hollywood treatment, and coming just short of qualifying for promotion.

Supporters can now cast their votes for United’s Player of the Year award for 2020 to have their say on who the biggest star was in this comeback tale.

Voting will close on Tuesday, November 10, at 6:00pm. The result will be announced shortly afterwards.

The Tribesmen’s the Month and Player of the Year awards are kindly sponsored by O’Brien’s of Galway.

Players included in the vote made over 10 appearances for the club in the 2020 season.

Votes can be cast at galwayunitedfc.ie/vote-for-your-galway-united-player-of-the-year-for-2020/