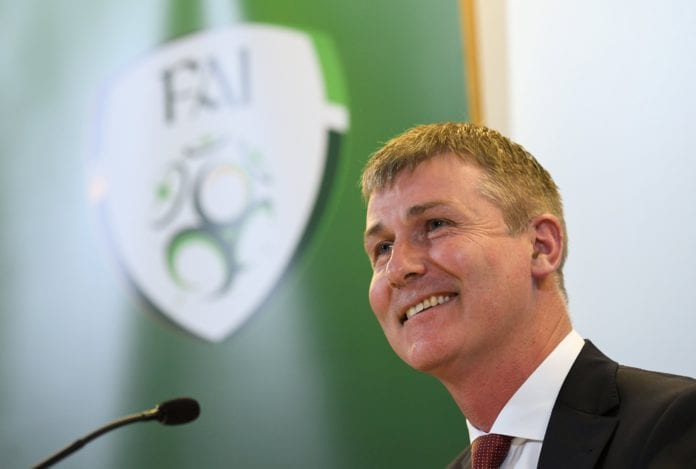 There’s a lot of excitement surrounding the Irish national team right now as they gear up for a new era under boss Stephen Kenny.

The former Dundalk chief was named as Mick McCarthy’s successor earlier this year despite Euro 2020 being pushed back by 12 months, so it’s Kenny who will be tasked with guiding the Boys in Green to the major event.

His appointment has been met with excitement from the majority of fans as the 48-year-old had worked wonders with the Ireland U21 side and many hope this will bring a new style of play to the senior team.

As well as that, he will be tasked with bringing through more talented younger players and giving those who had been on the fringes, or not involved at all, a chance to show what they can do.

Jim Crawford becomes manager of the #IRLU21 team and will be assisted by John O'Shea #COYBIG🇮🇪 pic.twitter.com/dfnB2eEFKH

And, one man who will be hoping to force his way into the thinking of Kenny is Queens Park Rangers’ Ryan Manning.

The versatile 24-year-old started out with local side Mervue United before moving to Galway, with his form catching the eye of the R’s, who sealed a deal for Manning back in 2015.

After taking time to adapt to his new surroundings, the Irishman has flourished in the past 12-18 months, with his form believed to be attracting interest from Premier League sides Southampton and Newcastle.

Given how he is approaching the final year of his contract with QPR, there’s every chance that a summer move could be on the cards, particularly as the Londoners are not in a financial position to turn down decent offers. Whilst Manning has starred at left-back for Mark Warburton’s men in the current campaign, he is capable of playing in midfield and that should make him a more attractive option to any interested clubs.

Perhaps more importantly from the perspective of the player, moving to the top-flight is only going to increase his chances of representing the Irish team.

With Euro 2020 set to be played in the summer of ’21, this season is pivotal to any player who wants to break into the team and that has got to be the aim for Manning.

If Stephen Kenny is to adopt a high-pressing side, it could suit the abilities that Manning has and the stylish way that Warburton has his QPR team playing also appears to mirror the approach that Kenny is going to try to implement with the national team.

Of course, Ireland still have work to do reach the major tournament and you can see by just checking the latest football odds that they are going to have a tough task to come through against Slovakia and then Northern Ireland or Bosnia in the play-off to reach Euro 2020.

But, the hope is there and it could be a new-look Irish side that lines up for that game in what will be a high-pressure encounter for Stephen Kenny as he tries to get off to the perfect start competitively.

Even though the senior figures that helped Ireland reach this position shouldn’t be discarded, there’s no denying that the managerial switch has given hope to a wide pool of players that they will be able to make the squad and pull on the green jersey at the highest level.

Manning certainly falls into that category and playing for Ireland at Euro 2020 could top off what has the potential to be a very exciting year for the Galway lad, who has the potential to be a leading name in sport from the region; he could very well be a Premier League player by then and it will continue what has been a rapid rise since he was playing for the local teams in this area.