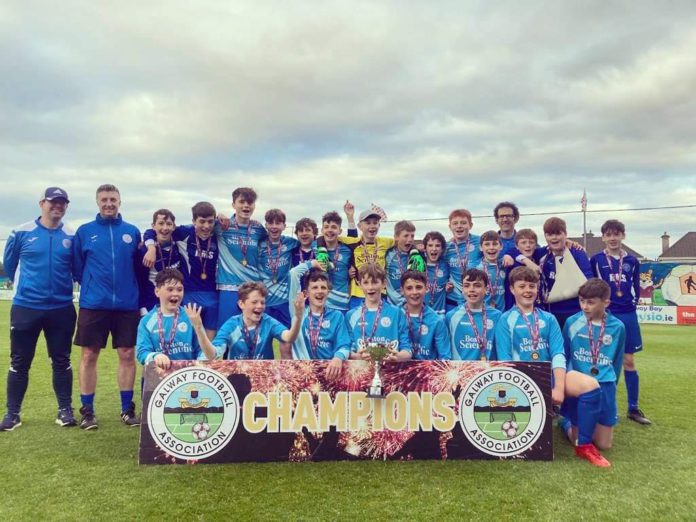 It was a good start to the week for the U14 boys at Moyne Villa, as they claimed victory in the Cup final on Monday.

The Moyne Villa B team played the Renmore A side in the U14 Division 3 cup final at Eamonn Deacy Park on Monday evening.

The final score was 3 – 1 to Villa, after overcoming an early lead by Renmore. Villa went on the attack early, but went one goa behind to a looping header at 15 minutes.

Villa responded immediately when Conor Murphy was taken down just inside the Renmore half.

Mark Eco made full use of the wind advantage with the resultant free, chipping it into the top corner of the net.

Ten minutes from half time, Eco delivered again with a delightful lob from nearly 30 yards, giving the keeper no chance.

On the stroke of half time, captain Jason chased Mark’s through ball, beat the defender and chipped the keeper for a strong half time lead.

Despite being down two goals heading into the second half, Renmore came out of the gates storming, but were unable to overcome the Villa defences despite constant threat.